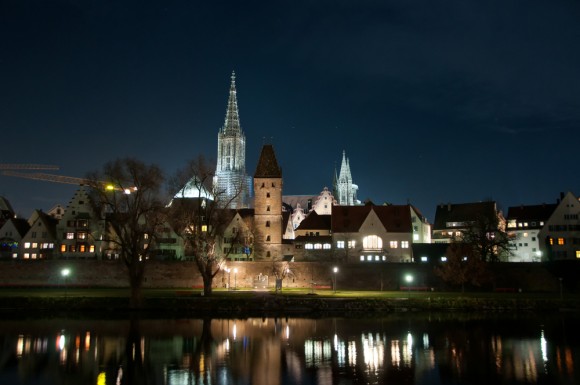 Discover the Swabian Style in Ulm

Ulm is located on the River Danube within the state of Baden-Württemberg, exactly where the Iller and Blau rivers enter the Danube. Home to incredible history, great shopping, and occasional eerie fog, Ulm also has the tallest church steeple across the world at an incredible 161,53 meters (almost 530 feet)!

While standard German is spoken and understood in Ulm, Swabian is the local dialect here, and it may be somewhat difficult to understand for most tourists! A huge area of the city is on Danube’s left bank, including Ulm’s old town.

On the right bank are the Unterweiler, Donaustetten, Gogglingen and Wiblingen districts. Across the River Danube on the opposite side is the city of New Ulm (Neu-Ulm) in Bavaria. The city stands at an elevation of 478 meters.

Ulm is also known for a very eerie dense fog that appears several times a year, mainly during early spring and late autumn, where in most cases visibility is only 90 to 150 feet only. 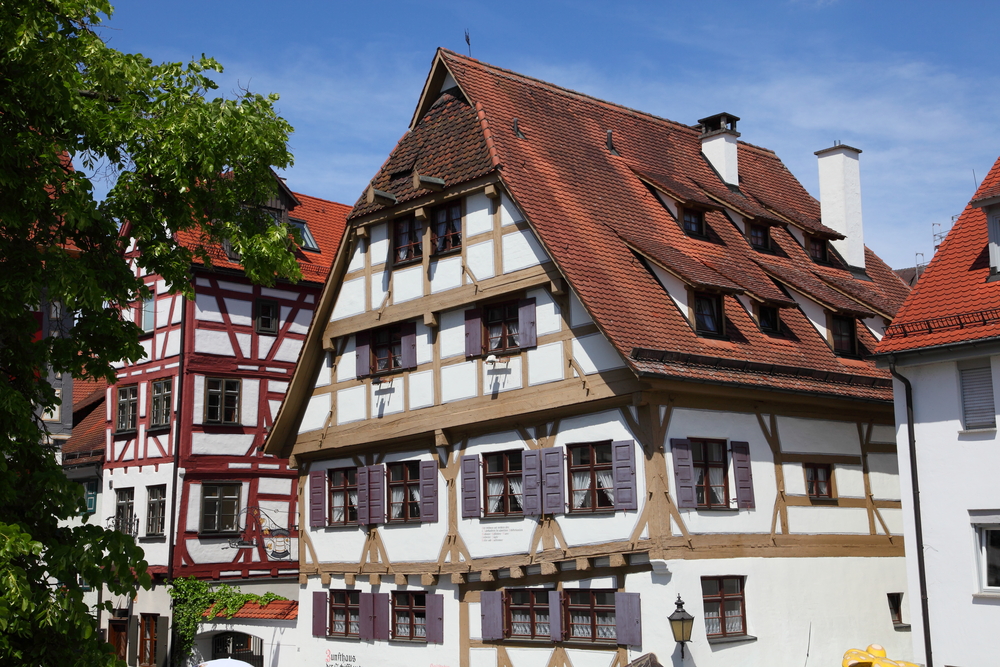 The History of Ulm

The first settlement in the city goes back to 5,000 BC with ancient settlements located around Lehr and Eggingen villages. Nonetheless, the earliest mention of the city in written media dates back to July 22, 854 AD, as King Louis signed some kind of a document in the “Hulma” palace of the King within the Duchy of Swabia. Ulm is also famous as the city where the genius Albert Einstein was born.

What to See in Ulm

There are lots of things to see in Ulm. You can start your Ulm adventure at the Ulmer Munster, a cathedral built in the 14th century, with the current version entirely completed about 1890. Within the Munster are fascinating choir stalls created in the 15th century by Jorg Syrlin. To reach the steeple, the highest in the world, you need to climb 768 steps for one of the most amazing views of the region. During clear days the Alps are visible and the long climb is worth it.

Since Ulm is the city where Albert Einstein was born, there is a very strange-looking fountain of the iconic physicist and Nobel Laureate you might want to view. It’s an excellent memorial for the genius, and great for unusual selfies!

The Fisherviertel or Fishermen’s Quarter is one of the scenic old parts of Ulm. It’s made up of half timbered houses located around the Blau River where a very crooked looking hotel known as the SchiefesHaus (constructed in the 16th century) still stands. There are cobblestone streets that harken back to another era when tanners and fishermen used to live around the area.

Along the Fortress Way or the FestungsWeg is a chance to walk and see some of the Federal fortifications built from 1842 to 1859 as you follow the signs in German along the way. The FestungsWeg has over 800 rooms within its four main wings and used to be the largest German fortress at one time.

Museum der Brotkultur, or the largest world bread museum, is also in Ulm with English guided tours. In the museum are more than 17,000 artifacts of bread with most in special storage. The informative artifacts cover more than bread’s 6,000 year history with art categories showing works of art made from bread by such artists as Salvatore Dali.

You can also visit the Farmer’s Market on Saturday and Wednesday which is usually held just in front of the Munster. 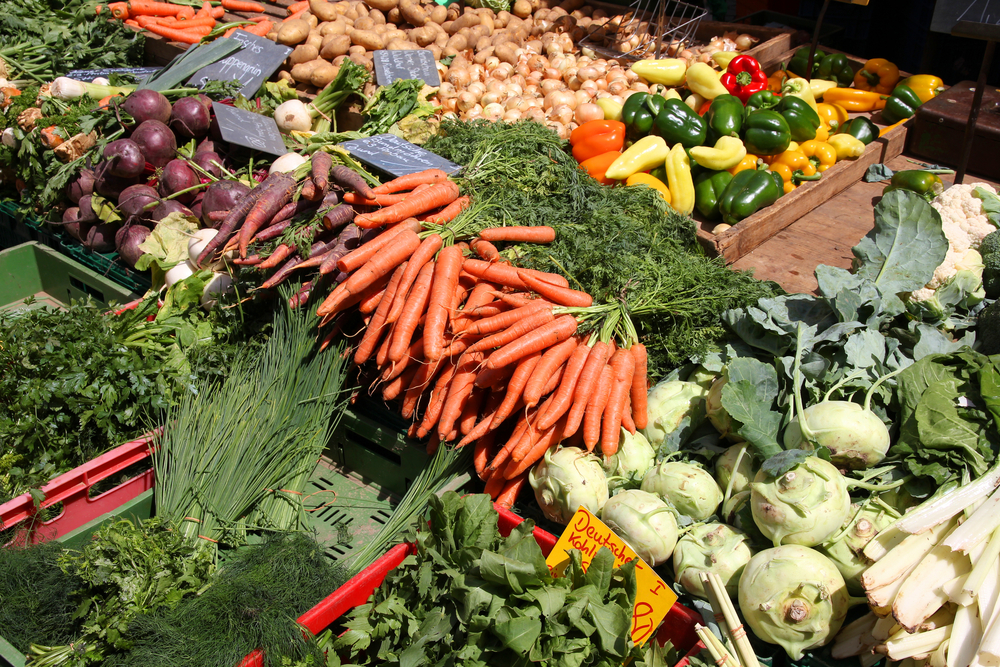 To buy something to remember Ulm by, you can take the main shopping streets that begin from the train station and follow them directly towards the Ulmer Munster Cathedral. 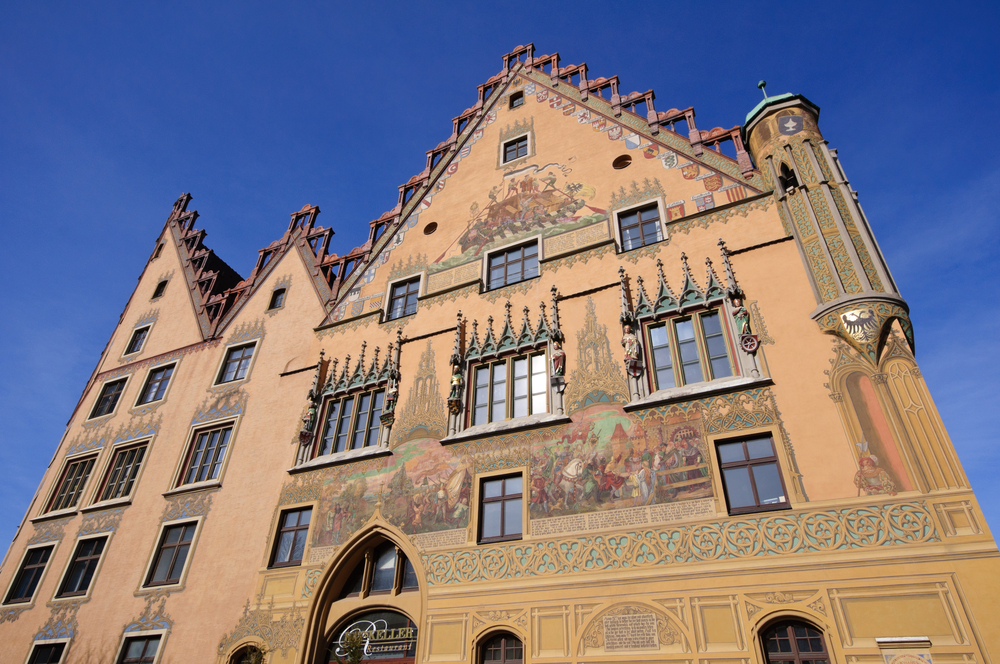 Around Ulm are so many places to sample a meal in quiet and nice areas such as the Fischerviertel, where genuine beer and food in unique German servings are plentiful. Swabian food is delicious and includes specialities such as Spittle, Maultaschen and Schupfnudeln – best leave the diet at home.

Highly recommended is Kornhäusle, a comfortable yet small crepe restaurant – delicious French savory pancakes. For great salads get down to Tagblatt, usually open until very late as you try out the beer-gardens towards the Danube River. Ulm also has some excellent kebab booths if you are looking for fast food.

Try a couple of drinking dens by visiting the Barfüßer restaurant and brewery to enjoy their own house brewed beer or check out what is on offer at the Barfüßer beer garden towards the Danube river. For some Irish hospitality, try Murphy’s Law or one of the coolest beer gardens in Ulm, the Schlössle, 15 kilometers away from the city center where all kinds of beers, including their own special brew, awaits you.

There are many ways to arrive in Ulm, such as through the train from Stuttgart, which is just an hour away. Driving from Kaiserslautern or Wiesbaden takes around 3 hours. From Stuttgart it takes just over an hour.

Once you are in the city center, you can walk about with ease as much as there are so many buses you can use, including sightseeing boats along the Donau or Danube River.