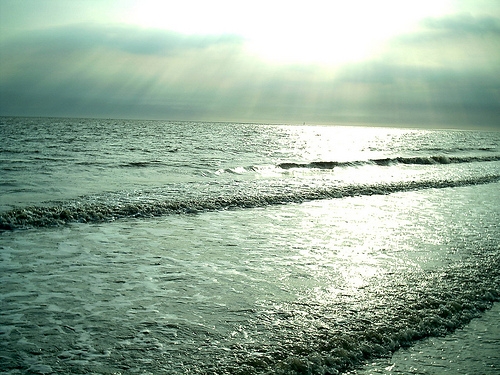 UNESCO (United Nations Educational, Scientific and Cultural Organization) is a special agency of the United Nations charged with saving some of the most significant natural and cultural places around the world.

Forests of beech trees spread across Europe in a surprising variety of different types of environments.  UNESCO has added five beech forests in Germany (a total of 4, 391 hectares) to previous heritage sites of primeval beech forests in both the Ukraine and Slovakia.

This move has created one large “tri-national” heritage site now formally known as the Primeval Beach Forests of the Carpathians and the Ancient Beech Forests of Germany.

These temperate beech forests have been largely undisturbed allowing for one of the most comprehensive and complete examples of “ecological patterns” that include environmental conditions ranging from the seashore to mountainous alpine tree lines.

Thankfully long-term management of these unique forests will continue due to the establishment of national parks and bio-reserves.

Germany’s five ancient beech forests are scattered around the country. And easy one to visit can be found in the Jasmund National Park, just 45 minutes from Stralsund on the coast of the Baltic Sea.

Besides numerous hiking trails, an interpretive visitor’s center will give you plenty of information about the area and this World Heritage Site. Audio tours can be obtained in English as well as German.

You can drive to Jasmund National Park, or take a convenient bus that runs regularly from the town of Sassnitz.

Located on the North Sea, the entire site covers over 66% of the Wadden Sea, and represents a unique tidal basin ecosystem that is undisturbed and allowed to function as it naturally has over the millennia.

It presents as a fairly flat coastal wet-land that includes everything from mud flats, sandbars and shoals to seagrass meadows (which have an amazing 2,300 species of plants), dunes, and beaches.

A number of marine animals can be seen here including the harbor seal and the harbor porpoise.

Acting as a transitional environment between fresh water and the sea, it is one of the most important habitats for migrating birds. Over 12 million birds a year use this wet-land as a stopover, with 6 million birds on-site at any one time.

One of the best times of the year to visit is in October for the Annual Migratory Bird Days festival. Over 200 events are offered that include guided biking and walking tours, and excursions by boat or by bus.  Workshops, photography classes, exhibitions, music and games, and even a culinary tour will all keep you involved and interested. 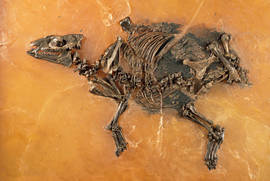 Considered to be the single most important site in the world for understanding the Eocene period (between 36 million and 57 million years ago), this World Heritage Site is located about 22 miles (35 km) from the town of Frankfurt, and just 6 miles (10 km) from Darmstadt.

Saved from becoming a landfill, this old quarry near the village of Messel has yielded some astoundingly complete fossils, including complete skeletons, and even the stomach contents of the animals that died here tens of thousands of years ago.

There is also an unheard of variety of animal species represented here, including mammals, reptiles, birds and fish.

A Visitor’s Center offers exhibits as well as talks by experts. Most are done in German, but all you have to do is request an English translation, and the staff is happy to oblige.

Author Profile:
Alice Perkins is a travel blogger for RedWeek.com, the largest online market place for timeshare rentals, where vacationers can find luxury accommodations for less than the cost of a typical hotel room.