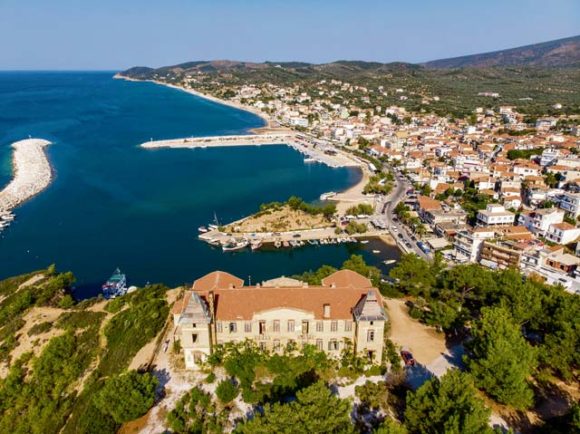 Thassos: Not your typical Greek island

Story and photos by Nate Cairney

Always check the country’s travel restrictions before booking and going on vacation.

Thassos, a Greek island in the north Aegean Sea, is like something from a dream. It is April, and the sea is warm enough for swimming. We are on Paradise Beach, standing on a vast swath of white sand lapped by turquoise water. Our children race into the surf and giggle with excitement. I swivel my head in both directions. We are alone. On a beautiful beach in Europe? A miracle.

But Thassos isn’t your typical Greek island. There are few blue roofs, suntanning glitterati, or towering rectangular seaside hotels. Instead, there are long stretches of remote coastline and mountains — big ones — in the island’s interior. A few hours after Paradise Beach, I am standing on a rugged peak. A verdant valley, filled with olive trees and wandering goats, lies far below. Beyond the island, the sea sparkles in the late afternoon sun. Were it not for the sound of tinkling bells drifting up from the distant goat herd, I might have thought I had the entire island to myself.

In the scheme of things, I kind of did. Thassos in spring is a sparsely populated revelation, which means it is fantastic for visitors who are seeking adventure spiced with a bit of solitude. 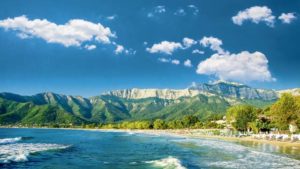 From Then Till Now

Accessible by ferry and located a short drive from Thessaloniki, Thassos’ distinct feel begins with its fascinating history. The island has been famous for millennia for its pure white marble, which was used by many ancient cultures — including Greeks and Romans — to build statues and monuments throughout the region. Today, visitors can see white marble literally everywhere. Huge slabs lie along coastlines, in mountainside quarries, and along trails.
Through virtue of its position near the European mainland, the island has seen a myriad of cultures and conquerors during the past 2,000 years. As a result, most century-ago residents of Thassos chose to live inland, far from the coast, where they could farm and herd in relative peace from marauding maritime visitors.

Nowadays, that historical lack of coastal development means that Thassos has a wealth of charm. Gorgeous, remote beaches can be found at various points around the island. Cozy coastal cottages can be had for great bargains, especially outside of the summer high season. Rugged trekking is available: Mount Ypsarion towers nearly 4,000 feet above sea level and offers views to Turkey on clear days. Other than having to occasionally dodge very aggressive small trucks, the driving is fantastic — twisty narrow roads, impossibly located mountain villages, and beautiful views of mountains, forests, monasteries, and the sea.
One of the best parts of Thassos, though, is knowing you are on an island. When you sit on a boulder overlooking the sea and watch the sun set on the mainland, it is good to know you are a world away from regular life and responsibility. For me, Thassos wasn’t just a place to find adventure. It was just plain good for the soul. 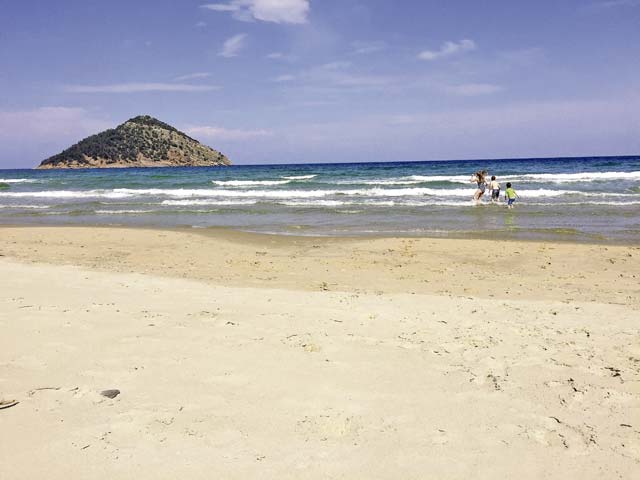 Ferry Services:
Daily ferry services are available from Kavala and Keramoti. Advance tickets are not available: tickets may only be purchased on site. See go-thassos.gr for more information.
When to Go:
According to locals, April, May, September and October bring an ideal blend of fewer tourists and excellent weather. Bonus points if you’re there during Greek Orthodox Easter, which offers fantastic opportunities to celebrate the biggest holiday of the Greek year with locals. 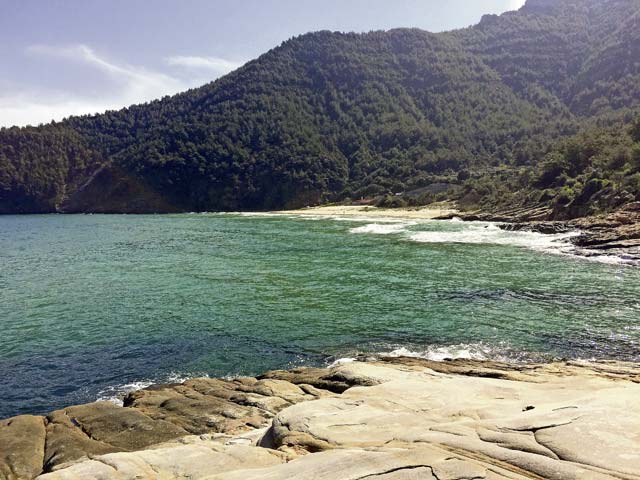