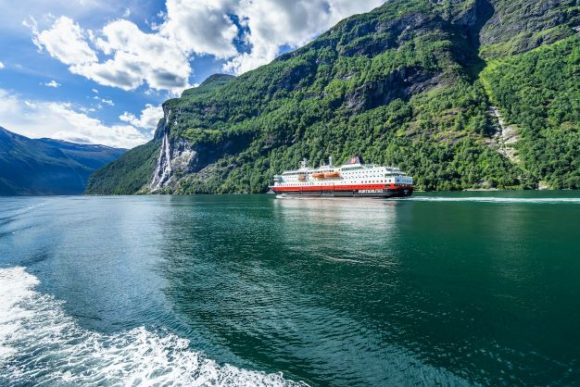 Ride the Hurtigruten for the Best Coastal Scenery in Norway

“Wait, how many steps is it to the top?” my daughter asks.

And we did.  It took less time than expected to climb the stairway in Ålesund, Norway.  We were in the city on a quick stopover during our weeklong trip up the broken shoreline of Norway on the Hurtigruten Norwegian Coastal Express. 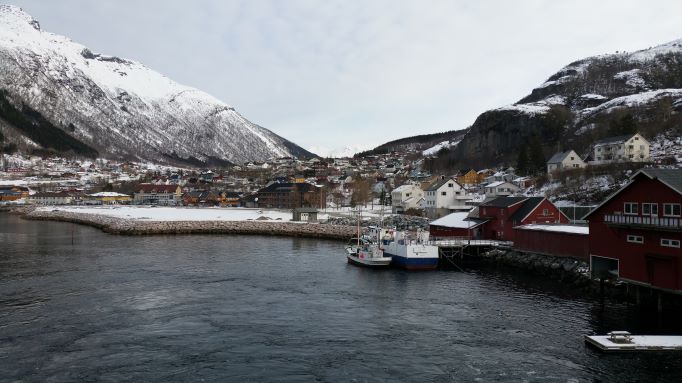 The Hurtigruten is not quite a ferry boat, but also not quite a cruise. Riding it along the coast is more about traveling the slow way and seeing Norway from the sea. We booked a trip beginning in Bergen and sailed north to Tromso. It was five days aboard the Nordnorge ship, with a four-person berth and half-board meal plan(full board is also available).

Our first night was a bit rough. Seas were choppy out of Bergen and the boat tossed about quite a bit. Dinner was delicious Norwegian salmon, but we were all feeling a bit too green to enjoy it.  The following day, however, we found our sea legs. It helped that the ferry continued into the calmer inland seaways between the mainland fjords and the coastal islands. 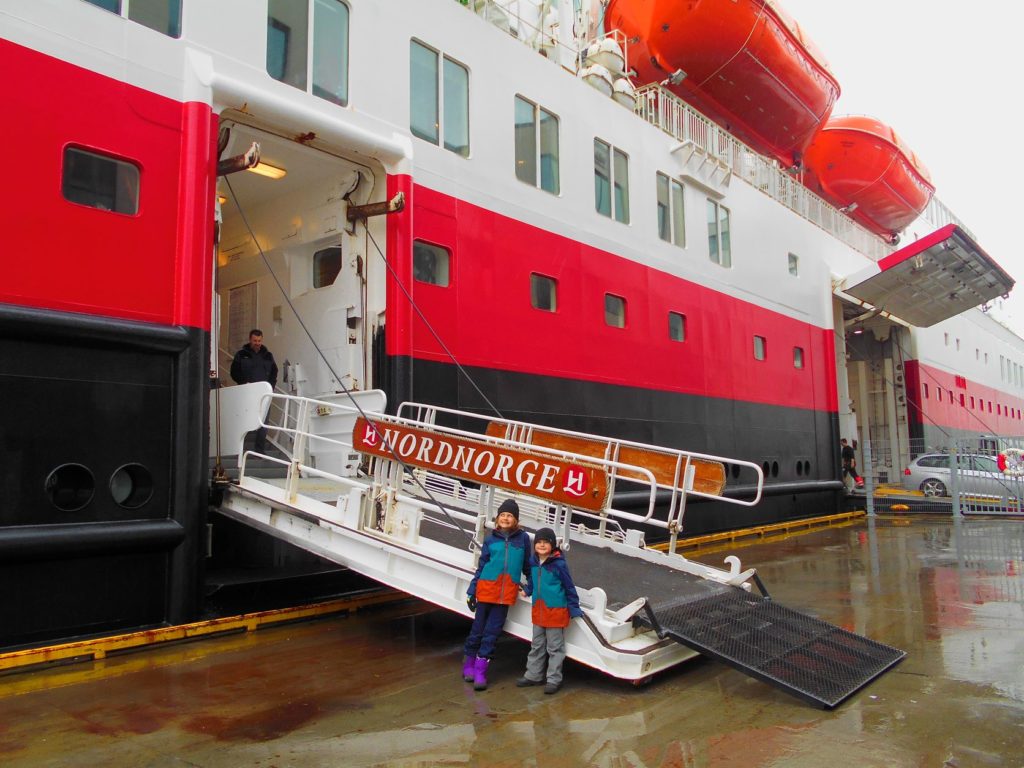 The Hurtigruten began operation in 1893 as a reliable ferry for people, cargo, and communication between the coastal communities of northern Norway. The word Hurtigruten means “the fast route” in Norwegian and it truly brought the world to the north.

The entire route covers the coastal waterways from Bergen to Kirkenes and takes 12 days to go the 780 miles. This is the route our family took: the original coastal express. When it first opened, sea routes were the only way to access most towns north of Trondheim. 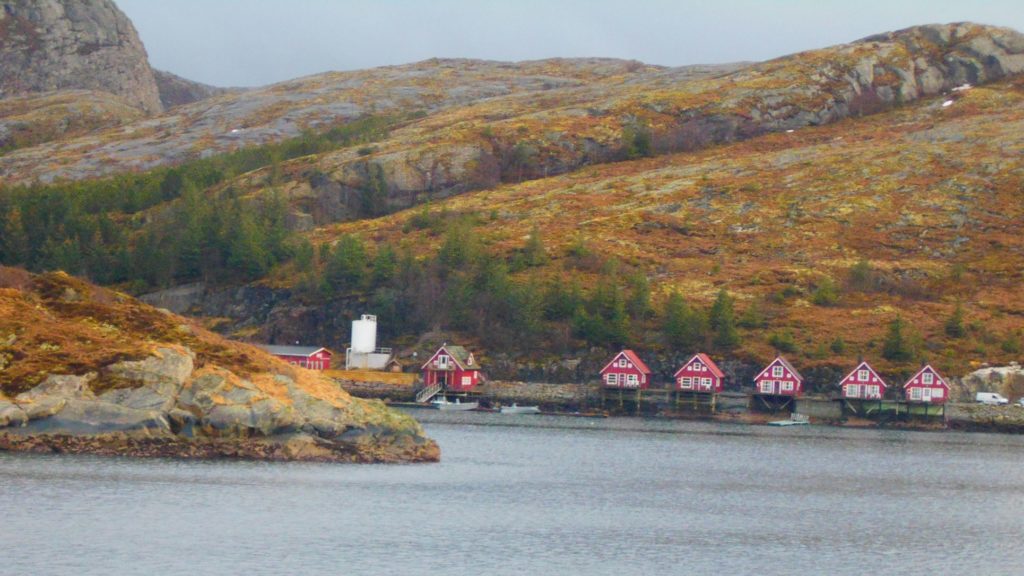 Along the way, we crossed the Arctic circle, and we were each invited by the ship’s captain to kneel and receive a ladle full of freezing cold water down the back of our neck and a nip of cloudberry wine. It was a fun traditional polar circle ceremony featuring the Norse sea god Njord.

There were other occasional activities onboard like a lecture on Norse gods, a talk on the best way to photograph sea birds, and traditional Norwegian storytelling. But, primarily, each day’s onboard activity was relaxing with a book and watching the gorgeous scenery go past. 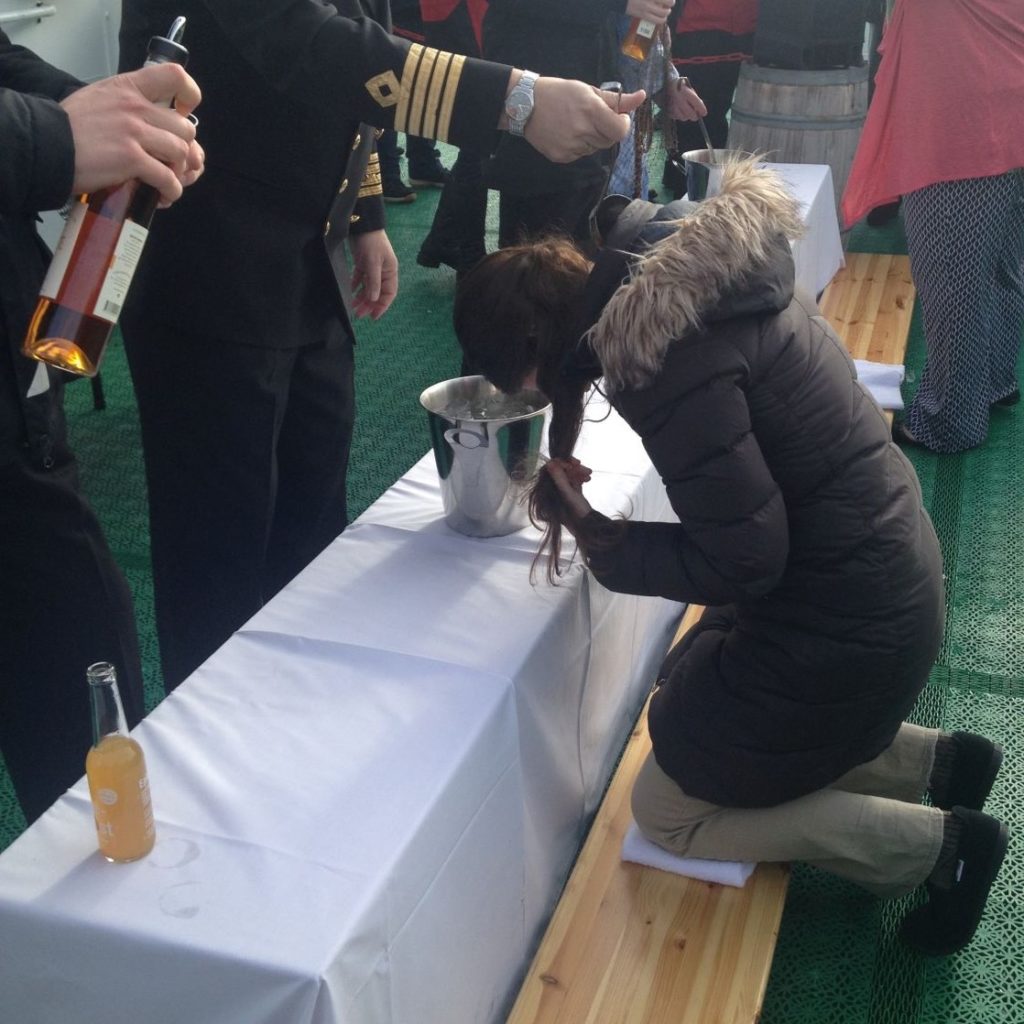 The Hurtigruten stops in 34 ports. Many are simple stop-and-go ferry port visits; some being overnight. The lower portions of the ship include cargo shipping space and car decks; these boats are still used for their original ferrying purposes.

But, the most popular towns require 3-4 hours of loading and unloading, giving you plenty of time to wander and sightsee. The Hurtigruten offers shore excursions at an extra cost, but our family found many great free options.

In Bodø, we wandered around and petted local kitties. In Tromsø, we rented sleds and took the bus to a city sledding park. In Svolvær we hit up the ice bar, while in Trondheim we walked to the Nidaros Cathedral and tried to pick out the 5 original medieval statues from the 76 that cover the front. 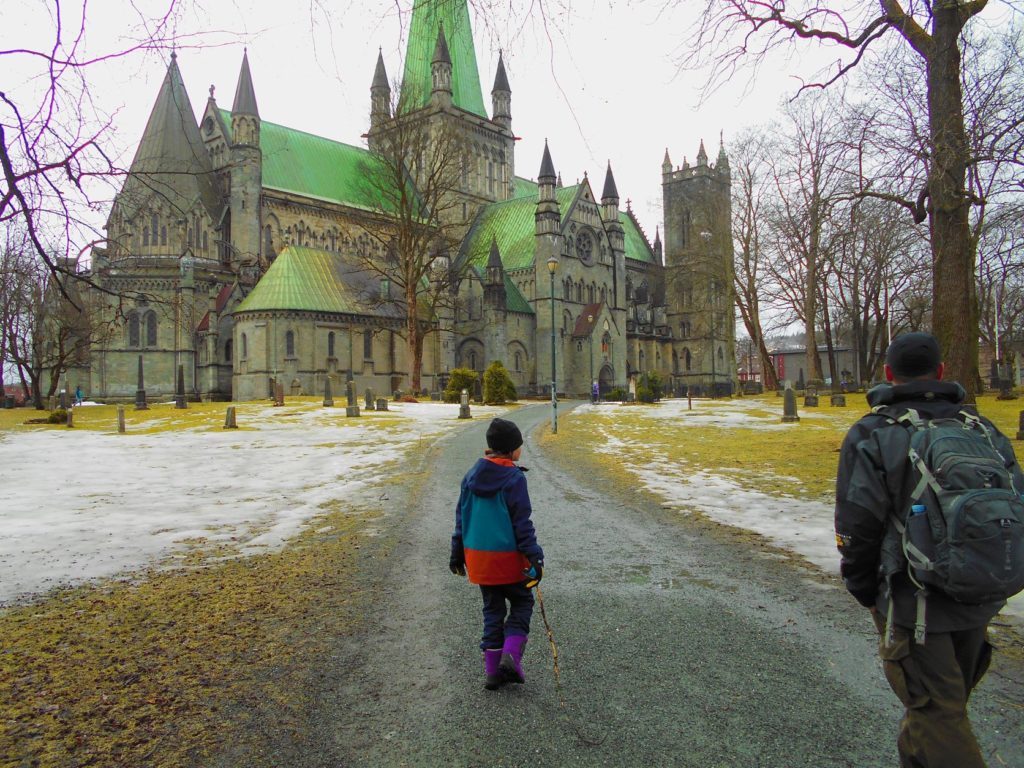 And in Ålesund, we hiked up those 418 stairs.

“Is it a land bridge,” my daughter asks.

“Not quite,” I reply. “The town is actually on a few islands at the edge of the country. In front of us, past that island is the north sea. And way behind us, up the fjord, is the mainland of Norway.”

The view from the park at the top was phenomenal. Below us spread the town of Ålesund, with colorful buildings lining every flat space along the coast. We sprinted back down the stairs and boarded the Hurtigruten again, looking forward to more scenic adventures along the coast of Norway. 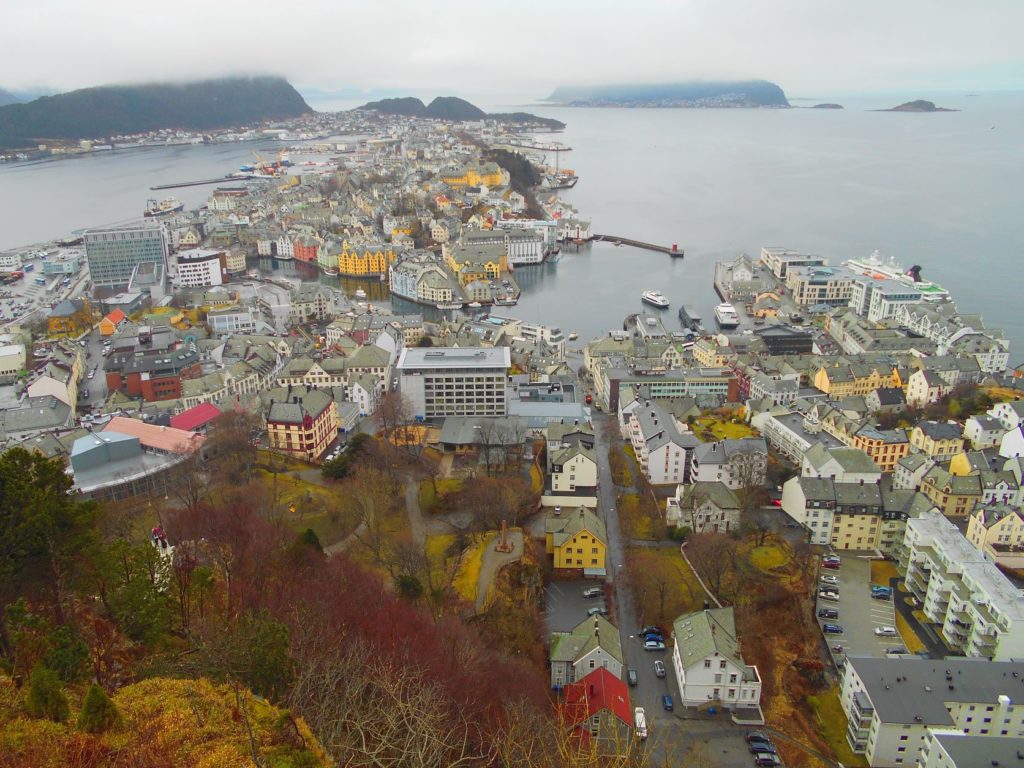