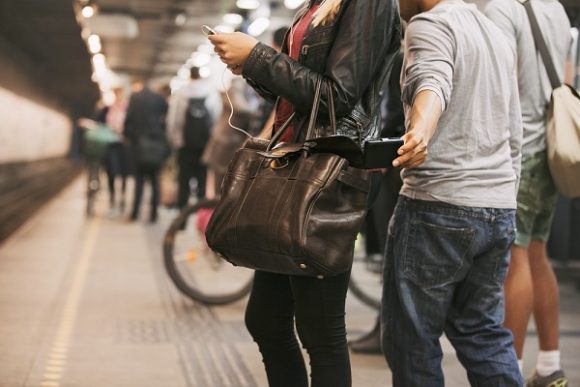 I saw the men as soon as we walked onto the train. I knew immediately by instinct that something wasn’t right. My daughters assured me that I was just being paranoid. Nevertheless, I warned them to stay close together and let the men pass before we left the train station. What had been a light-heart, fun trip to Berlin for me and my three daughters would soon turn into a bitter lesson. 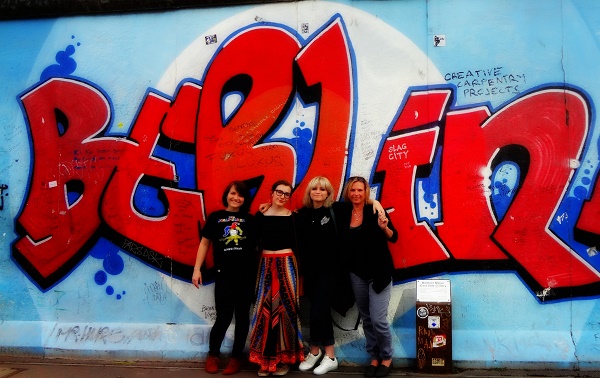 Up until the point where we stepped onto that particular train, we had not felt threatened in the least bit. We had spent two days exploring Berlin by foot and by train, without incident. This just happened to be our last night and we wanted to go out one more time, later than usual and farther away from the hotel.

What made me think something was off? 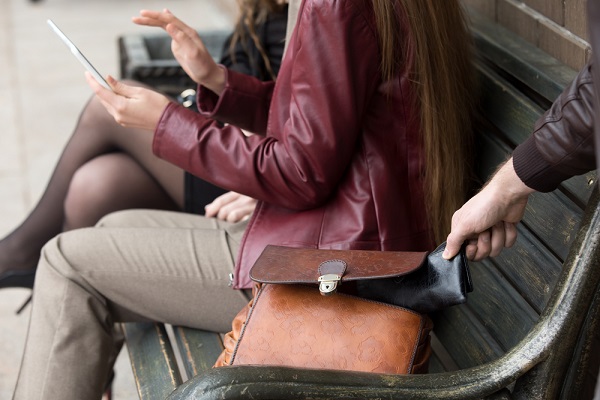 Well, the man closest to us began to cause a little bit of a scene…shouting to another man behind us who then in turn shouted to yet another man farther away. They were all looking at us, and the man closest to us began to point in our direction. I had that mother bear instinct, thinking that perhaps one of my daughters might be in danger. I quickly assessed the situation and told the girls to exit the train quickly because I feared that they would be pulled back into the train at the last minute.

Places to stay in Berlin

Once we were in the train station, I began to act as if I was searching for our destination on my phone. At this point, I wasn’t even considering that the phone I was carrying inside one of those cute little phone wallets, complete with places for IDs and credit cards (for more convenience) was the ultimate target.

The men moved away and once I was fairly confident that we were safe, we began to move toward the escalator. I never saw the men again. The train station was congested and as we approached the escalator, phone still in hand, I slipped the phone down into my purse. On trips like this, I always carry a cross-body bag to prevent pickpockets. On a normal day, I would zip the purse. On this day, it was raining so I was carrying an umbrella inside the purse, which prevented me from zipping it all the way. Just as we stepped onto the escalator, I was bumped gently from behind. Just enough to notice, yet not enough to turn my attention. At the top of the escalator, my daughter asked to see my phone again to look for street names. Immediate panic. In the span of less than 2 minutes, I had been robbed. Purse still intact, umbrella untouched, the phone along with all of my IDs and credit cards was gone.

My initial reaction was to find the men who did this. My second reaction was that I needed to cancel the credit cards. So, we jumped back on the train and headed to the hotel. 10:00 pm is never a good time to call your spouse and tell him that you and your three daughters were on a sketchy train in Berlin. It’s even worse to deliver the news that your phone and wallet have been stolen. For the next two hours, we alerted the banks and credit card companies and had the phone restored to factory settings. We did try to have the phone located, but it had already been turned off.

Because this happened so late at night and we had an early morning flight, I was unable to file a police report. At the time, it didn’t really seem that important because I knew there was nothing they could do to recover any of the items. So, we flew home from Berlin a little bit wiser, ticked off and somewhat anxious. 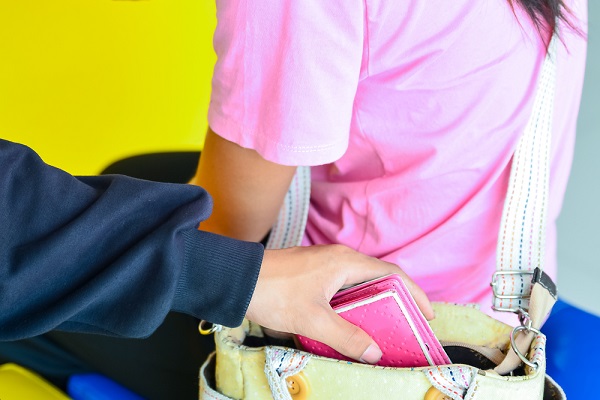 1) Cross-body bags are great, but they must be zipped! These guys are good.

2) While it’s great to have one wallet that holds your phone, IDs and credit cards, it’s not smart to let anyone else see that you have it all together. Better yet, maybe while you’re travelling you should just keep them separate.

3) Women travelling together are likely more of a target, than those travelling with men. It really pains me to say this one, because I am an independent woman raising equally independent daughters. But, it’s true. I know that it can happen to men also, but I have never felt that type of threat when we are with my husband.

4) If you have time, get a police report. I did not realize that I would have to prove my phone was stolen in order to cancel my insurance and add it to my new phone. Fortunately, all I had to do was visit the Landstuhl Police Station and file a report. They then gave me a copy for the insurance company and forwarded my report to Berlin.

5) The base will also request a copy of a police report when trying to renew your ID.

6) I was fortunate that my husband was home and was able to handle the dirty work for me. I am embarrassed to say that I did not have the necessary phone numbers. Rest assured, I now carry the credit card and bank phone numbers in another part of my purse.

7) A couple of things that we did do right was place our passports and flight information in a different, more secure part of my purse, since there was no safe in the room. I also had extra € in a hidden pocket.

8) Your instincts are usually right. If you feel that something is off, watch your back. In this case, my concern was for my daughters’ safety.

While I am still irritated that I was such an easy target, I am also grateful that everything taken from me was {somewhat} easily replaced.