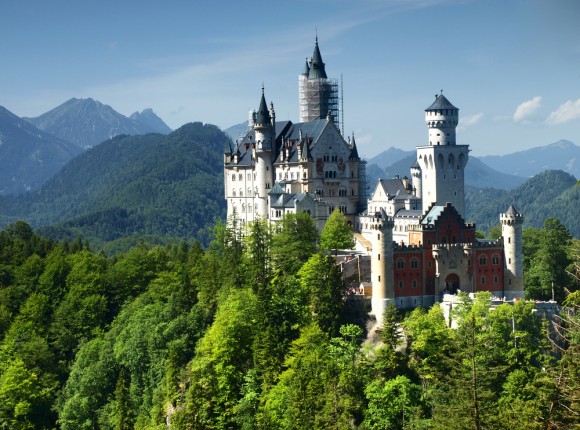 To the south of Munich, overlooking the Hohenschwanau valley, proudly stands the jewel of Bavaria: Neuschwanstein Castle. Constructed solely by Bavarian hands using only Bavarian materials, this monument is the work of a very different kind of King: Ludwig II. It’s no coincidence that Neuschwanstein will bring fairy tales to mind: it served as the model for Disney’s Sleeping Beauty’s Castle. 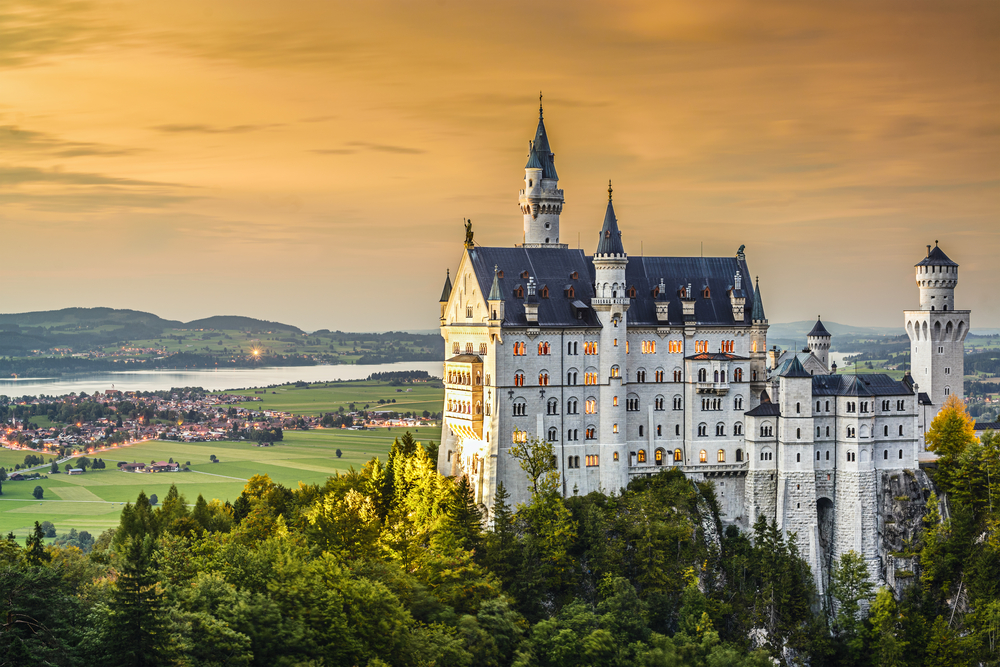 This gargantuan work began in 1869 but took many years to complete due to it’s opulence. However, it revitalised the Bavarian economy, providing work for the locals, and today still remains a vital center in the region, attracting thousands of visitors anxious to experience the magic of Disney in its original form. The goal of its creator was precisely this: to evoke a Grimm Brothers fairy tale.

The approach to the castle is quite something. Set in the South of Munich amidst mountains, vales and lakes, the dream-like figure of Neuschwanstein Castle rises through the mist. Its style is indisputably Neo-Renaissance, with a facade distinguished by its solemnity. The castle’s most remarkable features are its height and the way its architecture is perfectly adapted to the hill upon which it stands.

The sombreness of its facade takes a surprising turn once you enter the castle’s richly-decorated interior, with Rococo touches and scenes from the operas of Ricard Wagner. The designer wanted the inside to be surprising and he succeeded, blending Renaissance and Baroque art with just a hint of Moorish Iberia. If you had the chance to tour the castle’s more than 360 rooms by yourself, you would realise that the images on the walls and hallways echo with the violins, cellos and basses of Wagner’s genius.

The great crystal chandeliers, the tapestries and the regal furnishings covered in gold will give you a taste of how kings lived in times past. For this very reason, if you visit, you will understand why the castle was nominated to hold a place amongst the New Seven Wonders of the World. From the outside, Neuschwanstein Castle appears as a giant resting against the hillside, watching over the Bavarian monasteries, castles and homes below, but on the inside, it houses valuable works of art, the most captivating of which are the Renaissance, religious and mythological paintings.

Without a doubt, the best time of year to visit is during the winter, when extensive snowfall covers the trees and hillsides in white, creating the ultimate fairytale backdrop to this magical castle. 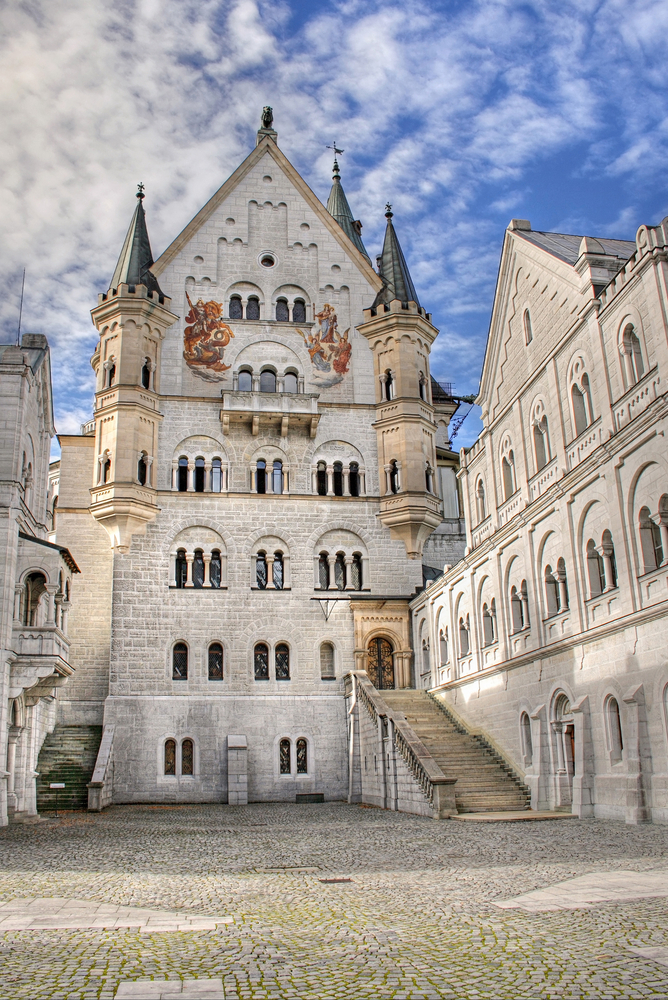 If you plan on taking the guided tour, make sure to bring a comfortable pair of shoes because you will be climbing over 200 steps. You cannot take the tour without booking in advance and it’s worth the extra couple of euros to make a reservation and avoid queuing. To book a tour visit the Hohenschwangau visitor center website – you can also book tickets to tour Hohenschwangau Castle at the same time.

If you’re looking for magic, then a trip to Neuschwanstein should definitely be on your itinerary.

Many of the hotels in Munich offer private tours of the castle, but it is just as easy to arrive by auto. The drive is around 4.5 hours from Ramstein, 4 hours from Wiesbaden, and just 2 hours from Stuttgart. Or for a more relaxed journey take Deutsche Bahn to Füssen and then a bus to Hohenschwangau.