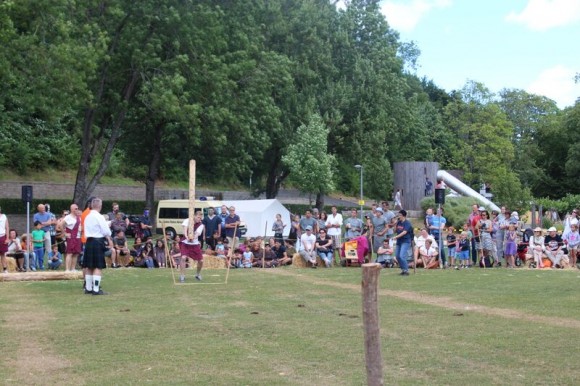 What’s up with all those kilts, large meat on a bone, log throwing and yelling? If you have never been to a medieval fest, you are probably wondering what they are all about. I promise, you’ll have a blast. This summer we visited the town of Nagold and our first “Celtic Fest.” 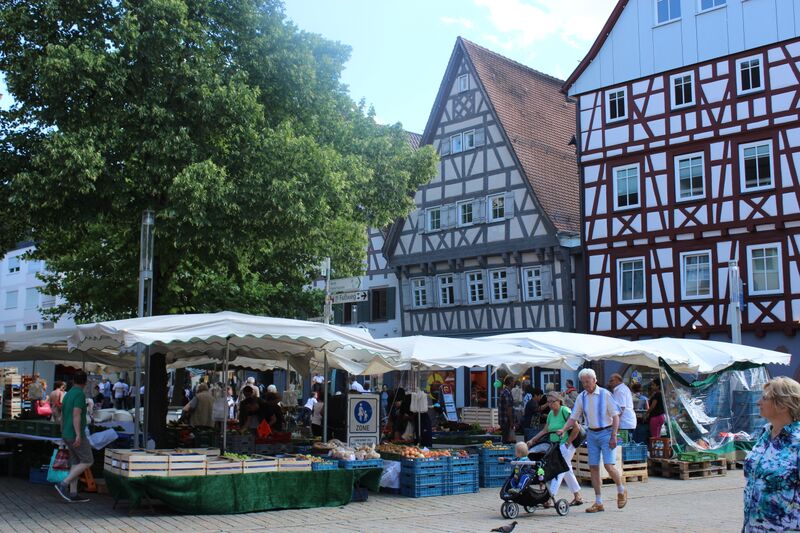 Nagold is an absolutely charming town less than an hour from Stuttgart. We arrived on a Saturday morning just in time for the downtown Farmer’s Market. The market was flush with the summer produce of melons, berries, tomatoes, flowers and handmade crafts. Being a fan of these markets, the town instantly was endearing to me.

The Town of Nagold 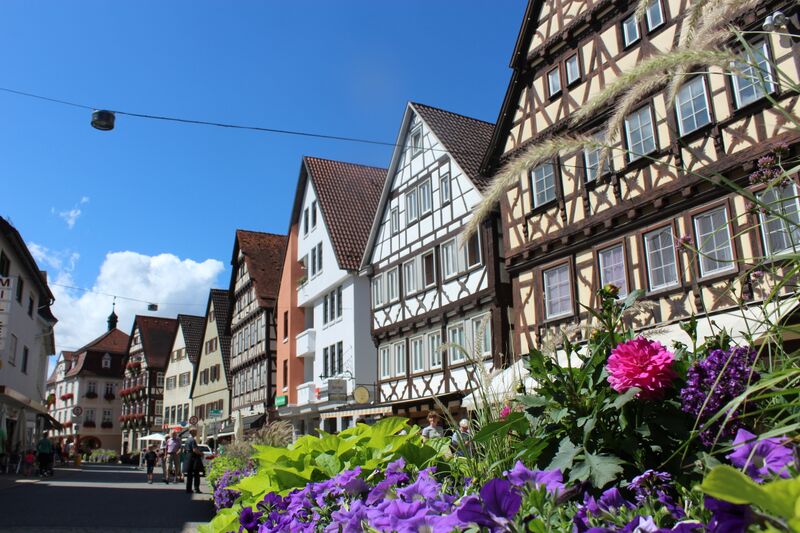 Nagold is considered to be on the tip of the Black Forest, creating quite the enchantment. This town has very strong beginnings. It is believed to have early settlements sometime in the early Stone Age around 2000 to 3000 BCE. The Celts were also believed to have arrived around the 6th and 5th centuries, which made this the perfect town to host a wonderful, family-fun Celtic Fest. 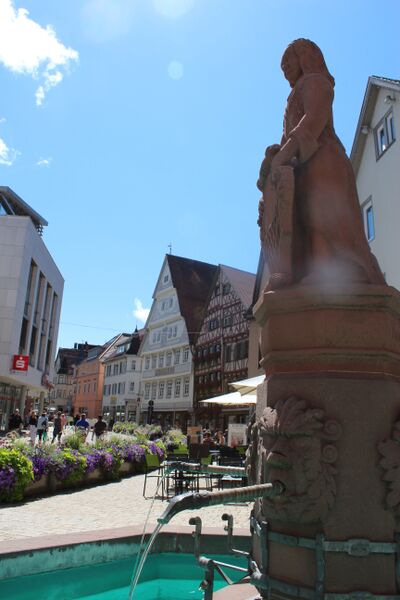 There is a mild hike from the town of Nagold to the medieval castle ruins which can be seen from miles away. The trail to the castle is beautiful. And if you’d like to take a tour of the castle’s observation tower, it is typically open only on Sundays. 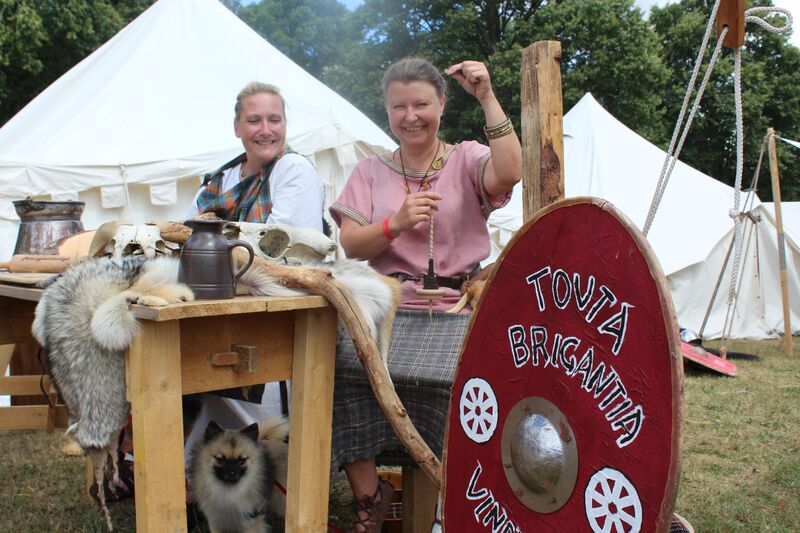 After a stroll through the town, we came to the park where the festivities were held. The full day of events included the “Entrance of the Clans”, the Stuttgart University Pipe Band, a battle on the water and several different Celtic bands. One of the first areas we visited was the “Living History” exhibit in the main park. 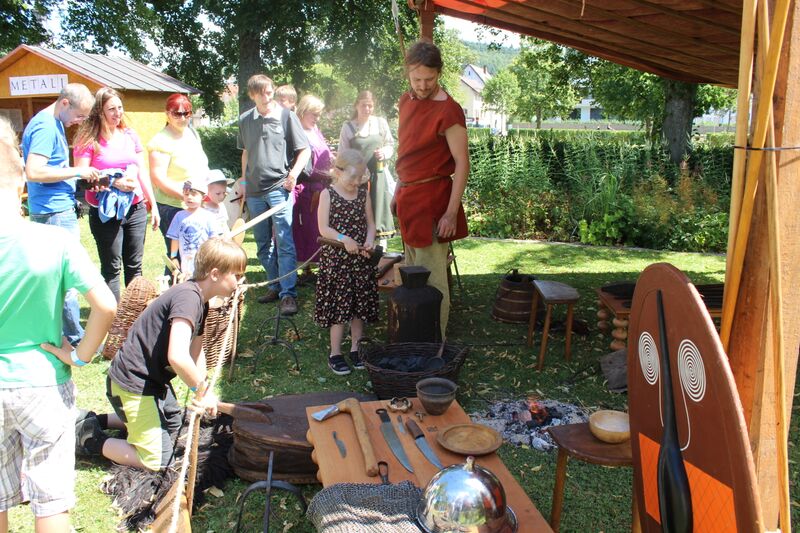 Throughout the day there were hands-on crafts for children, creative art work and an archaeological dig. 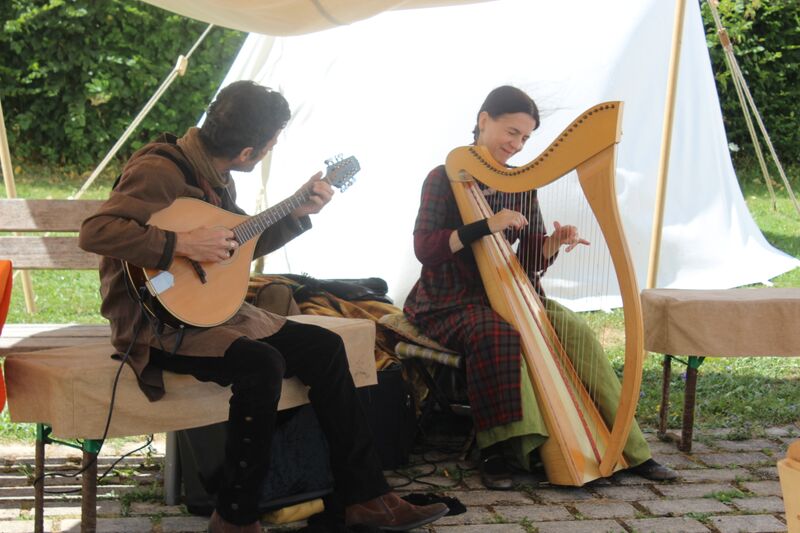 The park was filled with mystical characters like scenes from Robin Hood. One of the funniest sites to see was the “Entrance of the Clans.” After the clans announced their presence with a particular holler, the Mayor of Nagold began the games by trying to force the tap into a very large beer barrel. Gushing out, the race of the clans began to save the beer. The “Highland Games” included log-throwing, something that looked like rock/large boulder throwing, dancing and the battle on the water. Another event included a full canoe with large paddles with a soft end trying to knock the other opponent off their boat. 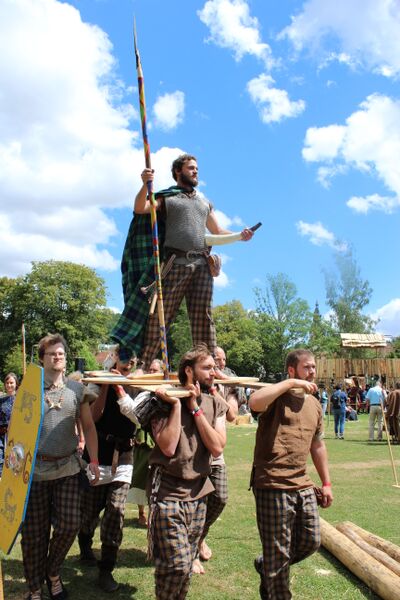 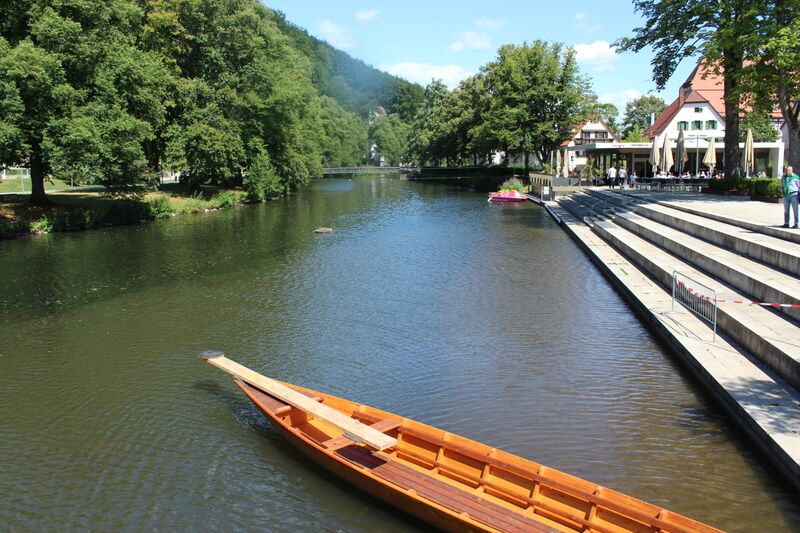 Food at the Festival

Are you wondering what there is to eat at a Medieval Fest? That’s easy. Most of the time options are hand-held and the “smoked meat” like smell can be detected from miles away. Of course beer, wine, sodas and water were at the ready as well as some other fest foods. 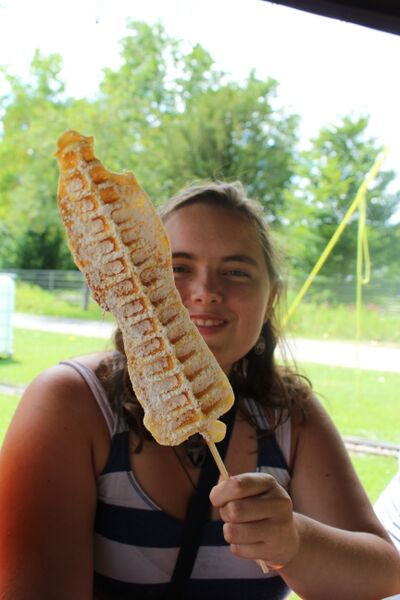 Waffle on a stick anyone? This was just for fun but needed to be tried! 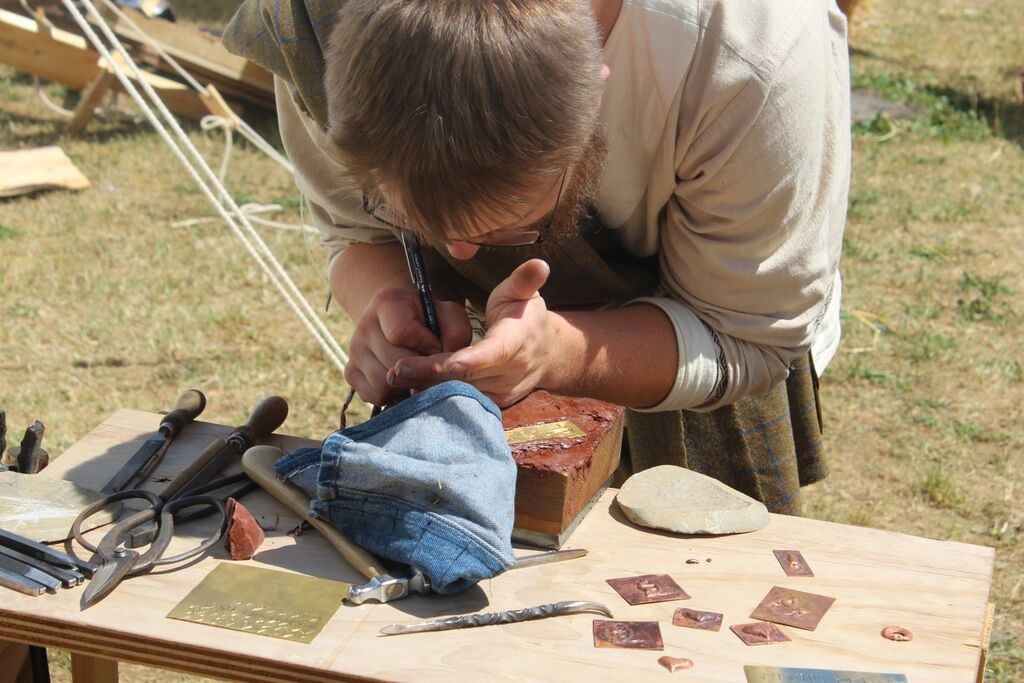 If you really can’t get enough or aren’t going to make the fests, here is a “living history” Museum in Baden-Württemberg. They have several fests throughout the year including a Christmas fest and offer English-speaking tours.