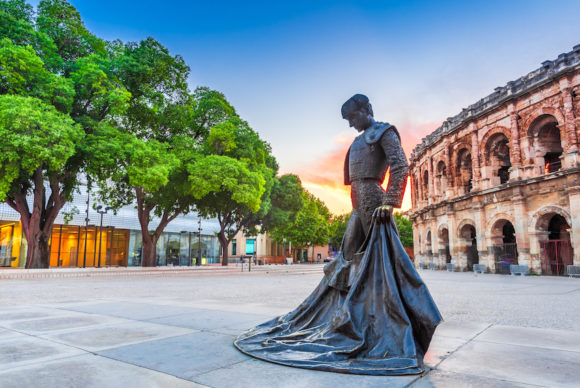 History, Culture, and Sun in the South of France

Nîmes, located in the south of France, is famous for many reasons. The light is wonderful, which is why French impressionists gravitated toward the area. The weather is lovely, as well. Average temperatures hover in the fifties even during the winter months, and sun is plentiful. If you’re looking for warmth, relaxation, and fascinating experiences, give Nîmes a try.

An amphitheater for the ages

When viewed from the sun-drenched, tree-lined neighboring plaza, the Nîmes Amphitheater – or les Arènes de Nîmes, as it’s known locally – looks almost modern. But it isn’t. The beautiful, white, two-story arena with dozens upon dozens of curving archways, was expertly built by the Romans nearly two thousand years ago in the south of what is now France.

It was so well constructed, in fact, that today the Nîmes Amphitheater, which can hold up to 24,000 people, is still in the business of hosting events like concerts, bullfights, or the biggest gladiatorial games re-enactment in the world. It also hosts plenty of visitors, who can explore the arena with the help of a fascinating self-guided tour. From the stone benches that also provide great views of the city, one is easily transported to the age of gladiators.

Another Roman gem is the Maison Carrée, which is located a short walk away from les Arènes de Nîmes. Built before the amphitheater, and finished around 2 A.D. to honor the grandsons of Emperor Augustus, the building is a pristine example of classic Roman architecture.

Nowadays, locals take their lunches on the ledges and steep steps next to the stately Corinthian columns. Visitors to the Maison Carrée can view an informative, entertaining and English-subtitled short film about the Gauls who fought with Julius Caesar and the subsequent history of the founding of Nîmes. 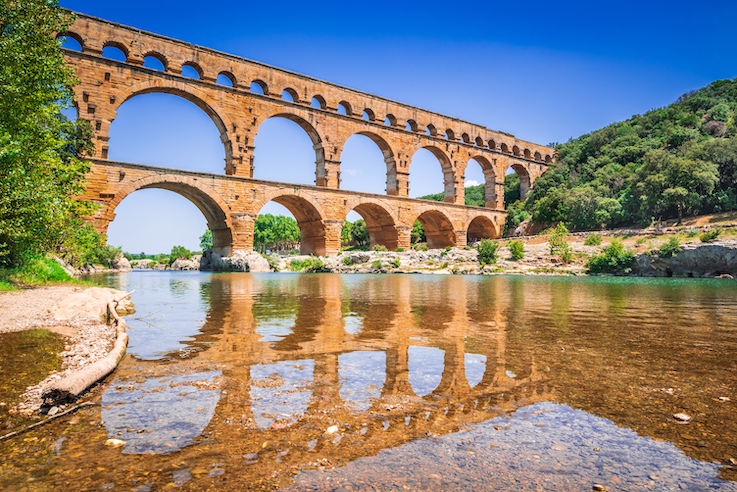 Spanning the River Gardon, where swimmers and kayakers can be found in nearly every season, the Pont du Gard offers hiking, great views, history, and the chance to marvel at centuries worth of tourists who carved their names in the massive blocks of limestone.

The area is also home to other notable – and easily accessible – destinations. Avignon’s breathtaking Palace of the Popes is only an hour from Nîmes. Thirty minutes north of the city, there is also the marvelous and perfectly preserved medieval town of Uzès (pronounced Ooh-zess), which contains meandering alleys, restaurants, shops, farmers’ markets, and its own version of a leaning tower. 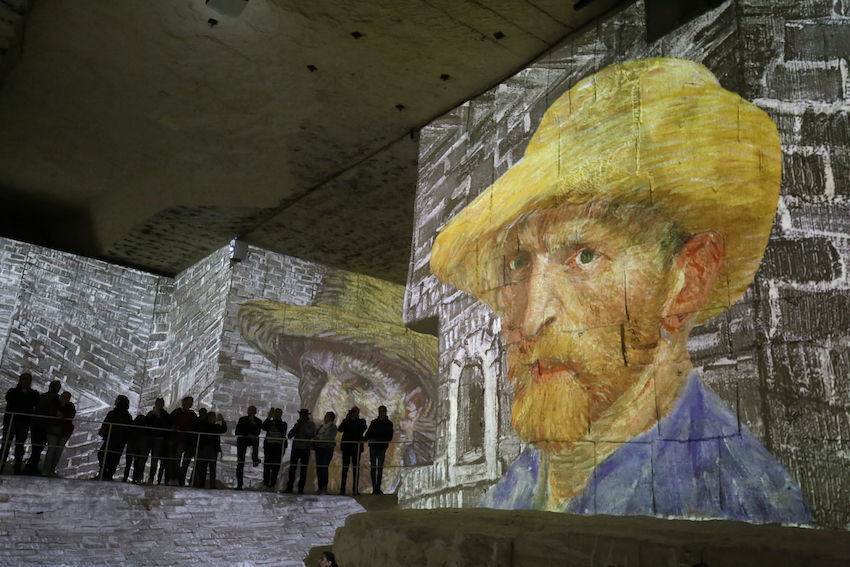 Experience world-renowned art like you’ve never experienced it before. Located just outside the hilltop town of Les Baux-de-Provence, the Carrières de Lumières offers an immersive art, sound, light, and motion experience in an old limestone quarry. It’s a fascinating and exhilarating experience. Space is limited inside the quarry, so purchasing tickets in advance is recommended. Learn more at https://www.carrieres-lumieres.com/en.