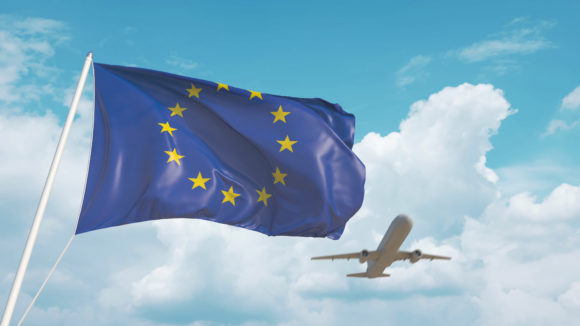 American citizens who have been vaccinated against COVID-19 may soon be able to travel to Europe.

In an interview given to the New York Times, Ursula von der Leyen, president of the European Commission (which essentially functions as the governing body for the European Union), stated that fully vaccinated U.S. tourists would soon be able to travel without restriction in the EU.

No specific information was given with regard to timelines.

However, Ms. von der Leyen suggested that current EU travel restrictions, which ban nonessential travel from the U.S., might change as the U.S. makes progress toward vaccinating at least 70% of its total population. At its current pace, this could happen by mid-June.

She also indicated that EU governments are working closely with the U.S. government to streamline approaches related to vaccination documentation.

No specific mention was made about Americans already living in Europe. However, Ms. von der Leyen said that EU countries are already working on similar approaches that will allow EU citizens with proof of vaccination to travel without additional restrictions.

Even though the EU may recommend changes to or removal of travel restrictions, individual countries still have the right to use their own policies, which may be stricter.

For U.S. government employees, including service members, remember to always follow command regulations, which may be different than host nation or EU policies. More information is available from Ramstein Air Base, USAG Bavaria, USAG Rheinland-Pfalz, USAG Stuttgart, and USAG Wiesbaden.