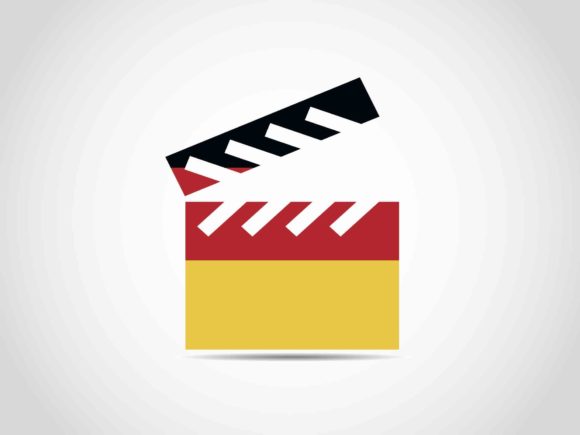 One of the best ways to understand any culture is by checking out the art it produces. And one of the most engaging, immersive and instructive forms of art is film. Simply put, you can learn a lot about a country by watching movies!

Germany is no exception. The country has a long tradition when it comes to filmmaking. German inventors were at the forefront of developing projector technology in the late 19th century. German directors such as Fritz Lang and F.W. Murnau were making classic movies in the 1920’s – like “Metropolis” and “Nosferatu,” respectively – that are still watched and studied today.

But it is really in the past 50 years that German films have begun to shine, at least in terms of quality, dramatic heft and global recognition. Even though the great ones are exceptionally made, German movies are not, for the most part, feel-good movies. Happy endings, at least in the traditional American sense, are rare.

This is more a reflection of the purpose of art in Germany, however. Most good German movies grapple with at least one major social issue. Which is to say, they’re not just solely for entertainment.

For Americans looking for insight into German culture, here are five great movies with which to begin.

Before he played The Client in Disney’s “The Mandalorian,” Werner Herzog was (and remains) one of the most famous film directors in the world. “Aguirre: Wrath of God” was one of his early masterpieces.

The film stars Klaus Kinski as Don Lope de Aguirre, the ruthless, insane and younger half-brother of famed conquistador Francisco Pizarro. He leads a motley crew of wealth-seekers deep into South American jungles in search of the lost city of El Dorado and its rumored riches. The film is brilliantly German on many levels: which is to say, it’s beautifully filmed, not necessarily fast-paced, and honest about the consequences of such an expedition.

The making of the film was almost as celebrated as the movie itself. Herzog filmed on location in the Amazon rainforest in Peru and and clashed frequently with Klinski – to the point where guns were pulled (and fired). Fortunately, no major harm was done and a German classic was completed.

Starring the wonderful German actor Bruno Ganz, “Wings of Desire” tells the story of two angels who watch over the people of Berlin. By turns philosophical, fantastic and deeply moving, the movie somehow manages to be both literate and accessible.

It’s also a lovely movie to watch. When the angels are on display, the color switches to a sepia-toned black and white, which may seem a bit jarring for American viewers raised on Hollywood movies. But the change does a great job of communicating an otherworldy perspective.

This is a comedy (!) that also manages to tackle a difficult German subject: namely, the divide between East and West Germany that lasted for nearly half a century following the second world war. “Good Bye, Lenin” does so in a fun and loveable way. Set in 1989, the movie opens with the mother of two nearly grown children lapsing into a coma just before the Iron Curtain falls.

When she wakes from the coma several months later, her children go to greater and greater lengths to convince her that nothing has changed, so that they can preserve her fragile health. It’s a highly entertaining and thought provoking movie.

This movie also stars Bruno Ganz, but in a wildly different role than in “Wings of Desire.” “Downfall” is about the last days of Hitler, and is one of the most clear-eyed movies made about the dictator. The story, acting, pacing, and tension are incredibly well done. However, the movie can also be incredibly difficult to watch, mostly because it treats the horror involved – by both the dictator and the people surrounding him – with such honesty.

This award-winning movie manages to be tense, chilling and hopeful all at the same time. Set in the 1980s, it follows the story of an East German secret police operative charged with spying on a playwright at the behest of a corrupt minister who is in love with the playwright’s girlfriend.

As the movie progresses, and the tension cranks higher and higher, the movie offers excellent insights into the difficulties, choices, and consequences faced by individuals living in a society where every move was watched.


Categories: At-Home Entertainment, Lifestyle, Things To Do At Home