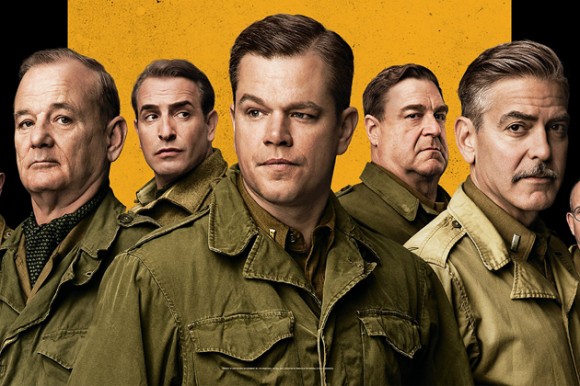 George Clooney stars in the film of the same name, which portrays a group of unlikely men who are sent to rescue artworks from the Nazis during Hitler’s reign. However, the true story is not so far from this dramatization. Below we explain the history behind the real monuments men, and what their work has meant to the art world.

In 1943 the monuments, fine arts and archives program was founded. The program was founded to protect cultural property in war zones during the Second World War, as well as after the war was over in 1945. Around three hundred and fifty service men were in ‘the monuments’ by the end of the war, however at the beginning the unit only consisted of a handful of men. These men were actually not military trained men, they were ageing historians, academics and art lovers – not the usual people you’d see fighting for anything. Such was their passion to protect art and history, they gritted their teeth and went to war in a very different way to most!

On paper the troops were named the Monuments, Fine Arts and Archives Section. This was a rather long name and so they were known as Venus fixers or ‘the monuments men’. They had one mission; this was to safeguard cultural and historic monuments from being damaged by the war that raged across the world. It was not just damage that the men protected these monuments from but also from the threat of looting.

It is well documented that that one considerable triumph was finding treasures of the art world stored within the Altaussee salt mines in Austria. The mines consist of thirty five miles of tunnels. Within these tunnels Hitler’s right hand man, Hermann Goring, had hoarded over six thousand pieces of stolen artwork. Upon advancement of the Allied troops towards the salt mines, Hitler gave orders to blow up the mines, thus destroying the looted artwork forever. However, the miner refused this order and the Monuments Men arrived to save and reclaim the art. Hitler had looted such important pieces from Michelangelo, Van Eyck and Vermeer, plus many more. If Hitler’s plan had not been foiled these pieces would have been lost to the world forever. 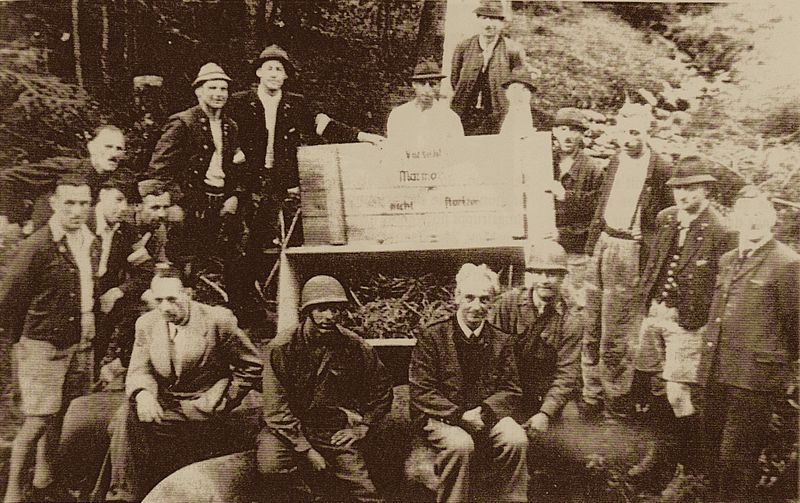 Altaussee, May 1945 after the removal of the Nazi-bombs at the Nazi stolen art repository (Altaussee salt mine). Source: axalottl.

The Monuments men were often inadequately equipped to carry out their work, this did not deter them, and after the D-day landings they worked in pairs searching for and recovering art. Although these men were solders they did come across hostilites from their own. Many serving soldiers fighting the Nazis believed that they were not needed, wasting time finding artwork when war was still raging. However, General Dwight D Eisenhower did see the bigger picture and spoke out in defence of the program after the D-Day landings:

“Inevitably, in the path of our advance will be found historical monuments and cultural centres which symbolise to the world all that we are fighting to preserve.”

Check out our listings to find out when The Monuments Men will be showing at a movie theatre near you: