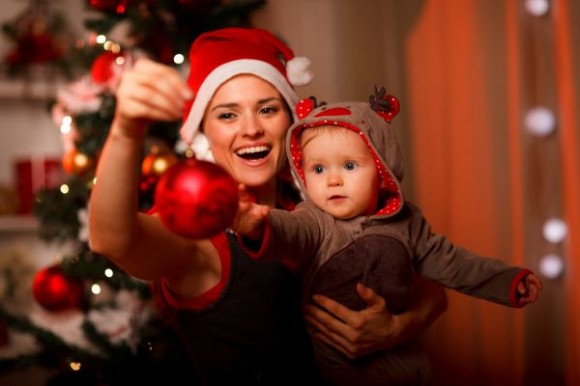 Christmas is festival that is celebrated in almost every country around the world in some form or another. However, its popular symbols and tradition are often reshaped to suit the cultural context, but it makes it no less important for those who take part in the traditions.

Germany’s association with Christmas is very much forged by its christian and predominately catholic religion, but some of the traditions have been recently shaped by more modern times too. Let’s see how Christmas is celebrated in Germany… 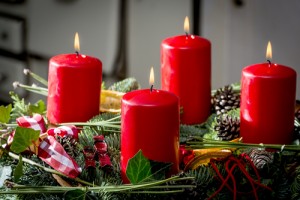 Advent is a really important time in Germany. Several different types of Advent calendars are used in German homes. As well as the traditional one made of card that is certainly used in many countries, there are ones made from a wreath of Fir tree branches with 24 decorated boxes or bags hanging from this. Each box or bag has a little present in it. Another type is known as a ‘Advent Kranz’ and can be a ring of fir branches containing four candles on it. This is like the Advent candles which have been sometimes used in Churches. One candle is lit at the beginning at each week of Advent. 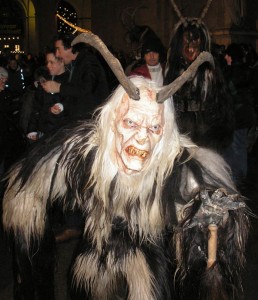 In some regions of Germany (mainly the south and throughout Austria), there is a personality called “Knecht Ruprecht” or “Krampus” who accompanies Nikolaus (St. Nicholas) on or before the 6th of December. He is big horned monster clothed in rags and carries a birch to punish the youngsters who were naughty. Many towns around the Alps hold an annual Krampuslauf, where lots of these nasty looking characters from neighbouring villages come together to create a rather gruesome looking parade. Ultimately, they usually collect money for local charities along the way, but its possibly not idea for small children as the costumes are very frightening!

December sixth is St. Nicholas’ Day. St. Nicholas, or “der Nikolaus” looks a little like santa and brings small gifts, such as sweets and chocolate to well-behaved children – he puts these presents in their shoes which they leave outside of their doors on the previous evening.

Unsurprisingly this is a very popular tradition with children! 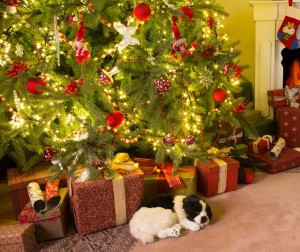 What we call Christmas Eve is actually the most important day of Christmas in Germany and when most families come together.

The Christmas tree is decorated and it is the day when Santa Claus or Father christmas (der Weihnachtsmann) brings the gifts so these are exchanged on this day, normally after a visit to church for a Christmas mass. 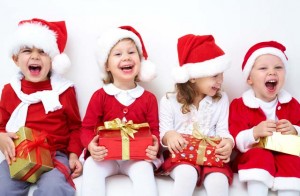 In some houses children are not allowed into the house or room until a bell has been rung to signal that Father Christmas (or in some parts of Germany, the Christ child) has gone and left the presents. Then they are allowed to enter to find some beautifully wrapped gifts under the tree.

A simple meal is served, saving the big feast for the following day.

Is another day to spend with family and have good food. Traditional meals are goose, chicken, lamb or fondue and raclette. 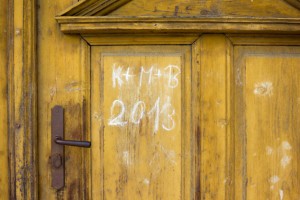 Between December 27th and January 6th you may get a visit from the Sternsingers. They go from house to house, sing a song and collect money for charity (this is a predominantly Catholic tradition). They are generally four children, three who dress like the Wise men and  often carry a star on a stick to symbolise the start of  Bethlehem. When they’re finished their performance, they write a blessing over the door of the house that they visited.

The basis is of this blessing comes from the evening before Three Kings, where traditionally there were prayers, blessed dried herbs would be burnt and their aromatic smell would fill the house. Doorways would be sprinkled with holy water and the master of the house would write with chalk 20 (current century) + C + M + B plus the current year above the house or barn door and say: “Caspar, Melchior, Balthasar, behütet uns auch für dieses Jahr, vor Feuer und vor Wassergefahr.” (“CMB, protect us again this year from the dangers of fire and water.”) C + M + B has traditionally been translated with Caspar, Melchior and Balthasar, however, according to the Church it stands for “Christus Mansionem Benedictat” (Christ bless this home).

It is considered to be being bad luck to wash the sign away – you should allow it to fade by itself. Perhaps you have seen these markings above doorways yourself? Especially in Bavaria? You might have seen something like this…

In German we say ‘Frohe Weihnachten’ to wish someone a Merry Christmas. But however you like to say it, we wish you and your family a very Merry Christmas!