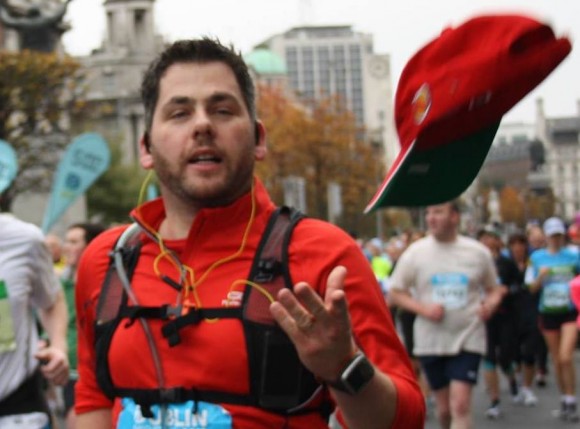 Time flies doesn’t it? Its only 2 weeks until thousands of us will be pinning on our numbers, tying up our shoelaces and heading to the starting line at The London Marathon! I am looking forward to it immensely and so far the training has been going pretty good. Work has been hectic and getting in the way of training a bit, but for the most part its been going according to plan. I have had some small issues with my left foot and ankle, but I am hoping its all going to be ok. The last two marathons that I started, I almost didnt! I had some bad knee pain right before both races and almost didn’t make the start, but hopefully this time round will be different. Time will tell!

This morning was my last big run before the tapering starts, and I decided to change things up a bit and take a new route. I ran out of the “burbs” and into the city, right through the city train station and out the other side. But at the station – what a sight! It’s where the hardcore party-goers all congregate after the late night bars and clubs empty them out at 0630. They all go there for a last few beers or to try and squeeze the last bit of Saturday night out of Sunday morning (I know, I have been there before!). As I watched the drunk teens arm in arm singing, and others having a doner kebab and beer for breakfast, and one guy wide eyes and arm bandaged as he’d just left the hospital, i thought to myself… “B******ks to this running lark, I should be over there having a beer and partying!” But I kept on running and rocked up a good paced 24 KM’s.

Total time in training was 7 hours 20 this week and weigh in was 89.1 KG. Goal weight for the race is 88KG so nearly there!

Here’s my Just Giving page if you would like to support my fundraising efforts. 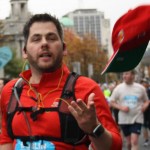 Author profile:
David Sweeney lives in Mannheim and is a Used Car Guy in Kaiserslautern. He’s a runner, skier and social animal all rolled into one! He ran his first marathon in Dublin on October 29 2012 to lose weight, prove something to himself, and to raise money in memory of his cousin who died in 2011. You can follow his own online blog here or see weekly updates on Military in Germany.