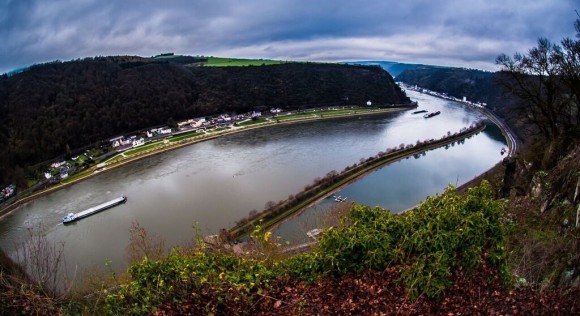 See Through the Eyes of Lorelei

Would you like to see through the eyes of the Lorelei, the legendary mermaid? Head to Bornich to take in the spectacular view from high above the Rhein River. You will also have an unforgettable experience driving along the winding road to where the supposedly siren sat. The picturesque views include boats on the river, the dotting of historic towns and several beautiful castles perched above.

The History of Lorelei 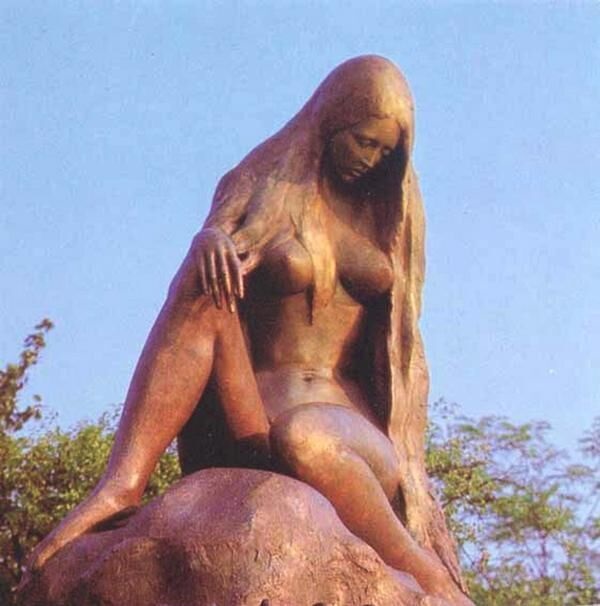 Lorelei was brought to life in a ballad in 1801 by German author Clemens Brentano and then later adapted by Heinrich Heine’s poem ‘Die Lorelei’. The story describes Lorelei as a siren sitting on the cliff looking over the Rhine; combing her golden hair whiling distracting the shipmen with her beauty and song; and then causing the ships to crash on the rocks on this treacherous bend in the Rhine. Today you can visit a statue of the mythical siren that is located at the end of a jetty. 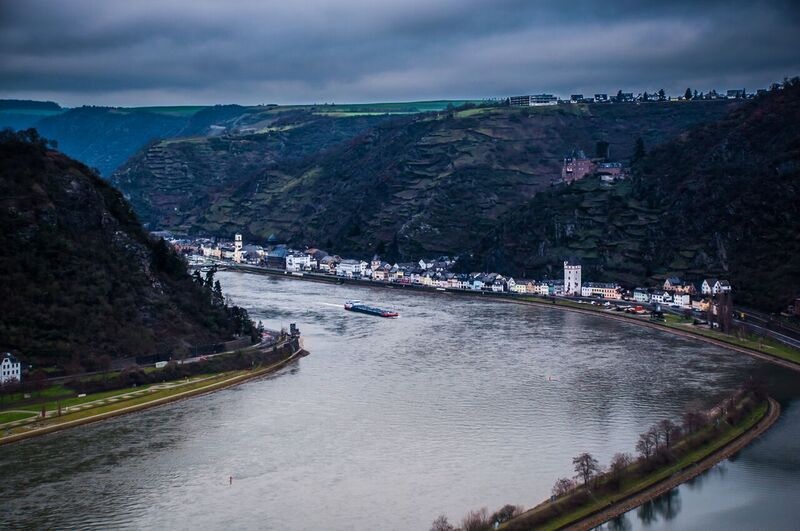 Other famous sirens that Lorelei makes me think about are the sirens in Homer’s book “The Odyssey”, which also caused shipmen to crash into the rocks. It also reminds me of the modern twist on Homer’s “Odyssey” in the movie ‘O Brother, Where Art Thou?’.

This time my journey to discover Lorelei is not along the banks of the river, but rather high above looking down like a siren myself. 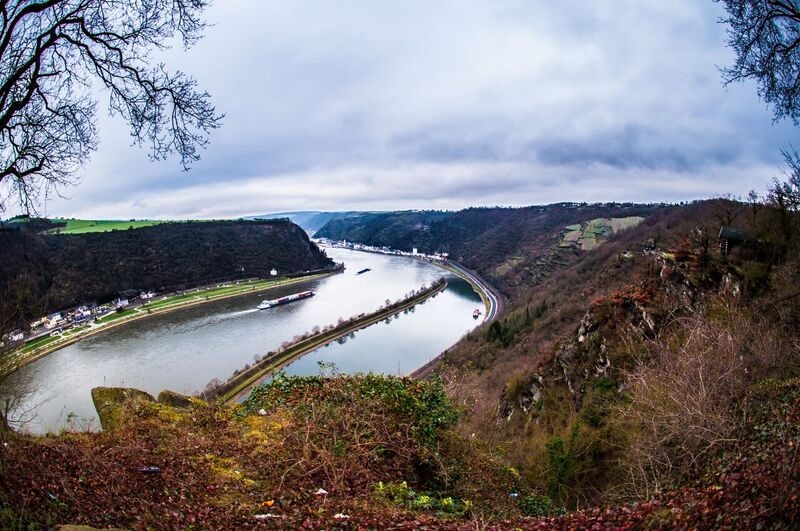 Though I have visited the Lorelei statue before at the jetty and traveled along the scenic road, it was such a treat taken in the beauty up high! This lookout area at top of the Lorelei rock also has everything you could possible want, including telescopes and seats, to have an incredible experience. 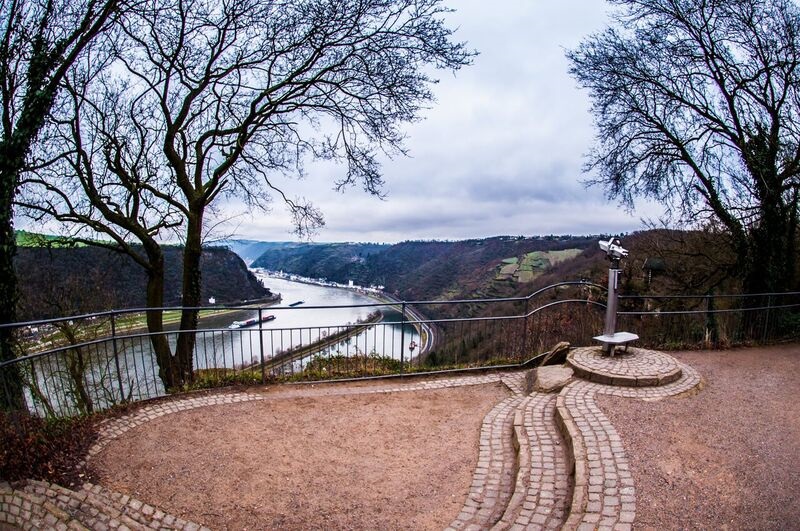 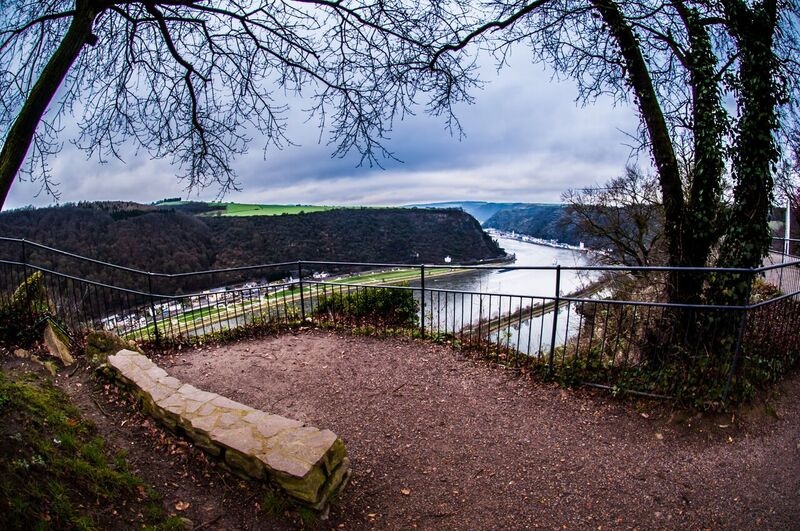 There is also a rock carved into a chair, which I later realized its use and called it the ‘selfie-chair’. 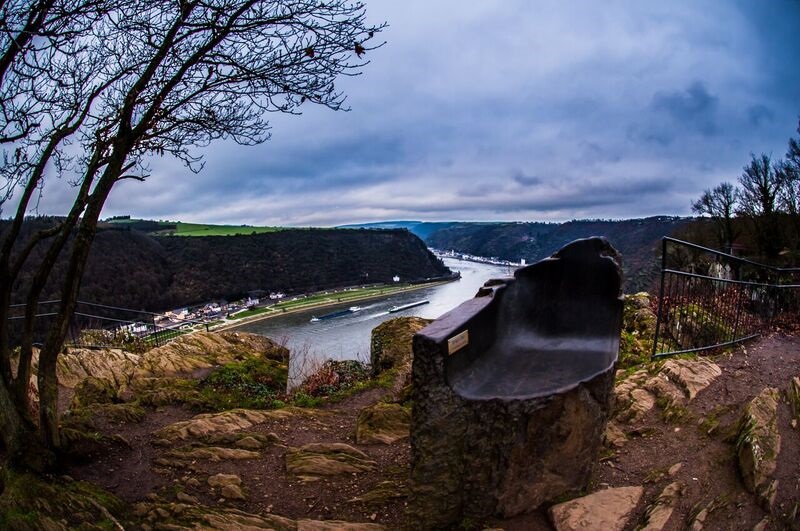 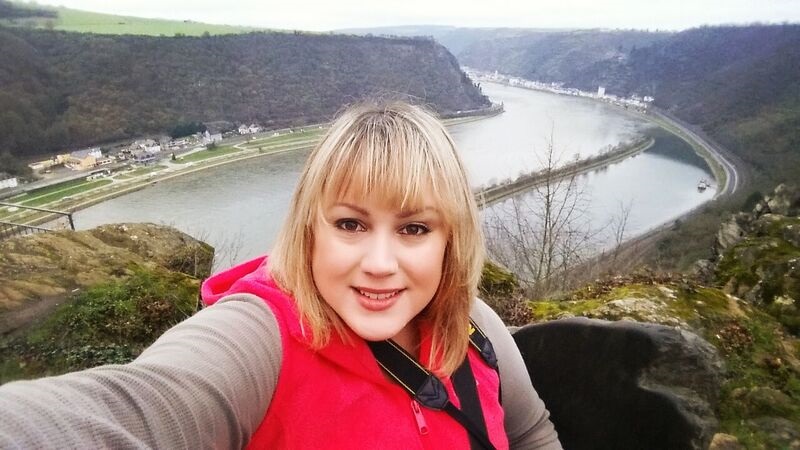 Romantic couples that want to leave a piece of their love in the area can bring a lock and attach it to the fence to symbolize their strong, long-lasting love for each other. 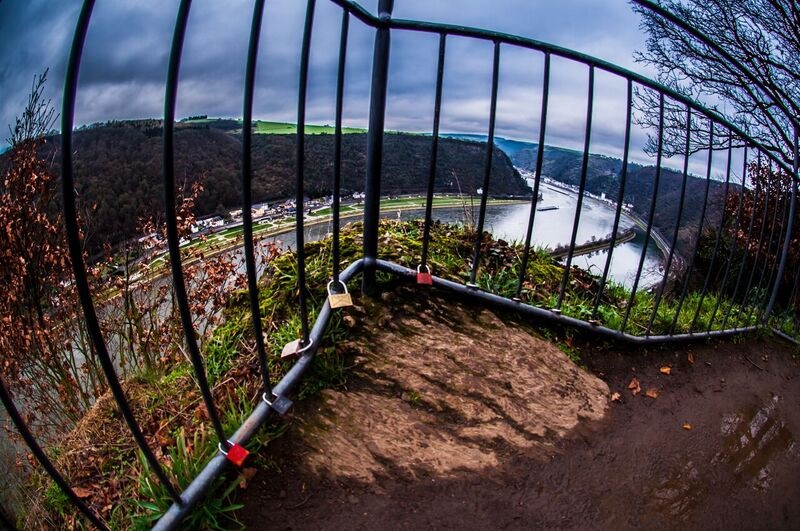 The lookout allows you to get a perfect 180-degree view of the river and see the sharp bends the boats must overtake. During the time of the Lorelei myth, there was much more of the mountain rock sticking out into the river. It was later blasted away to make less of a sharp turn. 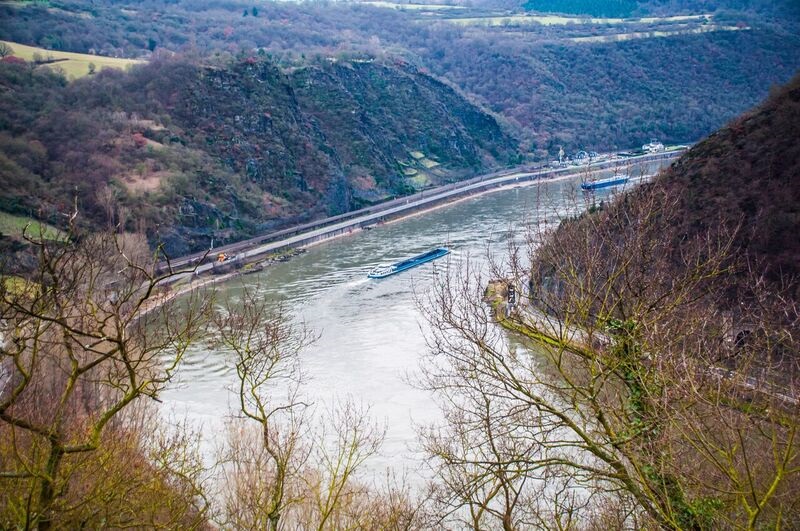 I really love watching the boats going up and down the Rhein from this spectacular height. 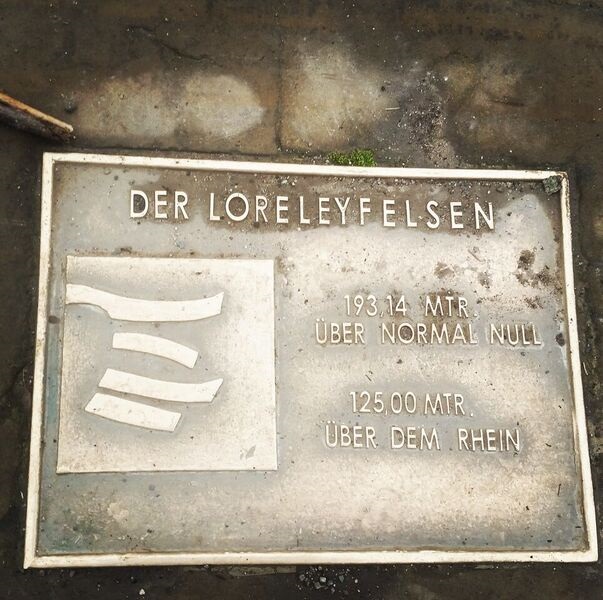 In the lookout area there is a restaurant that is open in the spring and summer. I will surely come back when the sun is shining and have lunch outside looking at the Rhine Valley. In addition, this area is great for hiking as well as there is an open area concert venue and you can toboggan during the summer!

Directly below the lookout point, but on the other side of the river, is a restaurant and gift shop that are popular for tour buses. There you can find nice Lorelei mermaid memorabilia at the gift shop.

I loved my day visiting up high where the so-called legendary mermaid of Lorelei sat, and I guess you can say this siren called me in with her captivating beauty! 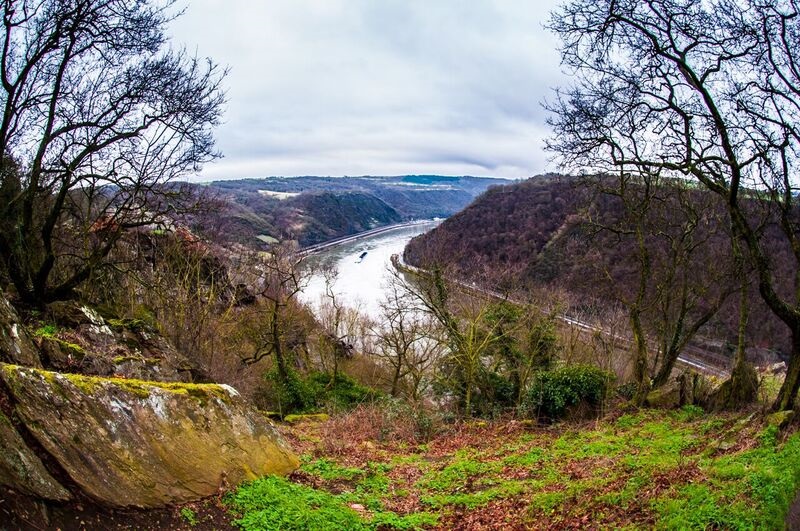 The drive to Bornich is approximately 1 hour northwest of Wiesbaden, 1 hour 40 minutes north of Kaiserslautern and 3 hours northwest of Stuttgart.